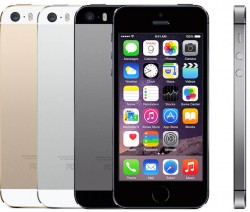 As it looks to find a better foothold in the Indian smartphone market, Apple today reduced the price of the bestselling iPhone 5s in the country by nearly half of what it sold for in September (via CNET).

India is currently the third biggest smartphone market in the world, following China and the United States. Although Apple has a large presence in the latter two countries, it currently doesn't even crack the top five list of smartphone manufacturers in India.

"To drive volume [in India], Apple will need to keep focus on older iPhone generations," IDC's Kiranjeet Kaur said, explaining that older generations will cater to the country's large midrange smartphone market. Kaur added that there's a "limited" amount of penetration the company can achieve by exclusively selling in the premium price segment.

Besides the premium pricing of the company's products, multiple factors have prevented Apple from having the kind of success it experiences in some other regions, including its strict real estate investment laws barring Apple from building traditional brick-and-mortar stores in the country. High import taxes applied to products not manufactured in the country's borders also hinders Apple's growth, and allows the market leader Samsung to flourish due to its India-based smartphone manufacturing plants.

Apple still have a healty margin at that price, and the India nut has to be cracked.
Rating: 10 Votes


The 5S is still a very capable phone. I'm not sure how halving the price for a certain market can be construed as anything but a good thing.
Rating: 6 Votes

iPhone 5S still selling at 599 in Canada. Should I think it is unfair for Canadian consumers laying almost doubling the price for same phone?


Economics isn't about fairness. The phone is worth whatever people will pay for it wherever it's being sold. This is a great move for them.
Rating: 6 Votes

Are you kidding. Who can sell a 3 year old phone for $600+. It was massively overpriced.
Rating: 3 Votes

Economics isn't about fairness. The phone is worth whatever people will pay for it wherever it's being sold. This is a great move for them.


You're right. Canadian consumers should buy their iPhone 5S from Indian resellers, who will profit from a markup while discounting from the Canadian price.
Rating: 3 Votes

Apple is not monopoly in the sensr of traditional definition. Apple is monopoly in its own little circle. If you want iOS powered devices, too bad, you can only buy from Apple. Consumers have little choice beside accept Apple's price.

Apple also have control over its own products. It is good thing for Apple, becuase they can control it and maximize its profit and improve their products' usability. But it is also up to Apple to decide when to abandoning one devices and when to cripple older devices. When Apple decided to abandon one device, you will never get support from Apple. On Android side, I can still flash CM nightly for latest update.


If I want BMW driving experience, I can only buy BMW.
So many brands have a monopoly in its own little circle. It's called having a USP.
Rating: 2 Votes

Still to much. Would you guys pay this price for a 3 year old iPhone 5S? Who is Apple trying to fool?


There's no way anybody could right now, as the 5S is less than two-and-a-half years old :)
Rating: 2 Votes

LovingTeddy
I though Apple never compete on price. At least that what I have been told here, oh well, how deep has Apple fallen.
Rating: 1 Votes
[ Read All Comments ]