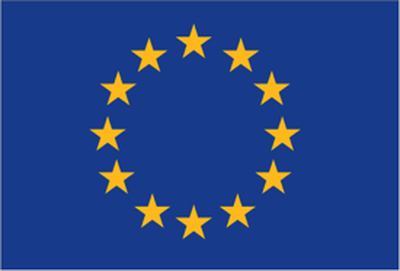 A decision in the European Commission probe of Ireland's alleged "sweetheart tax deal" with Apple will likely be delayed until after the Irish elections in early 2016, as Financial Times reports the executive cabinet has now requested supplementary questionnaires in the lengthy investigation.

The European Commission began Apple's Irish tax probe in June 2014, and the Brussels-based executive body formally accused the iPhone maker of receiving illegal state aid from Ireland in September 2014. A decision was originally expected earlier this year, but the additional information requested will likely cause further delays.

Apple's tax policies have been scrutinized on numerous occasions over the past three years, as the company is said to utilize multiple subsidiary companies located in the Irish city of Cork to move money around without significant tax penalties. Apple continues to deny any wrongdoing, and Ireland vows to take the European Commission to court over any negative ruling, according to the report.

Apple's Irish tax probe is part of a larger crackdown by the European Commission on possible corporate tax avoidance in EU countries. Earlier this month, the commission reportedly accused McDonald's of "benefiting from arrangements that allowed it to pay no tax on European royalties in Luxembourg," and Fiat and Starbucks were ordered in October to repay up to €30 million in back taxes.

Crazy Badger
I don't know why this is so difficult to resolve. Companies know how much it costs to operate in each territory and the profit they make in them. Taxes should therefore be paid at the appropriate local rate, and it should be illegal to move it outside the territory. Simples :D
Score: 4 Votes (Like | Disagree)

tevion5
As an Apple fan and member of an Irish political party currently in power, this is going to be fun to watch.

Of course they’re being creative with their accounting. But they are no different from virtually any other company out there, (which doesn’t excuse any wrong doing). They are a focus because of their size, (financially). A successful prosecution would make the time spent worthwhile when fines are levied.

I find it funny how Apple takes 99% of the flack for bad working conditions in China when half the industry uses Foxconn too. It's just trendier to attack apple to show how unique you are.

Not that Apple is a saint, but I'm just saying if you actually care about workers and taxes, then don't focus weirdly on one purportrator.
Score: 2 Votes (Like | Disagree)

In all cases, whether apple or mcdonalds or whatever, the government extended a tax break to the company in order to have them stay in country. If it was illegal, isn't it the fault of the government for offering the tax break? I am no lawyer, so I may be missing something, but why is it always the fault of a company to accept an offer from a government that made the darn law in the first place. Why isnt the EU going after Ireland?

In the US, Delaware is a state that many companies incorporate because of the tax and documentation requirements (almost non-existent). Should the US go after the companies or the state? Actually they go after neither because there really is nothing wrong. It's called competition. If the EU blocks the tax break, what will likely happen is that Apple will move on to the next country that offers them a sweet deal. That's the reality of a company, they will go where the terms are most favorable.

Not sure why this is a problem.

The reason that it is a problem is that Ireland is in the EU and under EU law countries, states, etc are not allowed to give state aid. The reason is to allow fair competition within the EU. This is not happening and many many companies are paying ridiculously low tax or none at all. Facebook for example paid something like £4000 in corporation tax last year in the UK on revenues of £130m. I would agree that it is not really the companies fault but corrupt and incompetent tax departments that have allowed this to carry on with out clamping down on companies or changing the law. Many many corporations have just become to big and have more power than governments. Imagine the legal costs in trying to take Facebook to court over tax when they make £130m in revenue and have such tiny operating costs. Isn't it funny how most tech companies have their European head offices in Ireland or the Netherlands. It's not like Ireland is a large market with a population of only 6million compared to the EU that has a population of 500million
Score: 2 Votes (Like | Disagree)

Yeah great. I get on the bus without a ticket and only if and when I’m caught I pay the fare I would have had to in the first place. How ethical.

So you're saying you don't take any deductions when you file your taxes? Why would you let the government take more money than the law allows?

Besides, your argument is flawed. Apple didn't get on the bus without paying. They took advantage of a discounted fair.

If you're going to get mad at someone, get mad at the governments for creating tax codes that aren't fair.
Score: 2 Votes (Like | Disagree)

Exactly, it's not much to them so one has to wonder why they fight so hard to keep it.

A million here, a million there, and soon it adds up to real money!

Would anyone here turn away a chance at $30 million because "it's not worth the bother?" No. The sum only seems insignificant when compared to the tens of billions in profits some companies earn, or trillion-dollar government budgets. "I just saved 1,200 $25,000/year jobs!"

This isn't the CEO or Finance Minister devoting all his/her time to $30 million. It's a bunch of soldiers in the trenches doing it, at a far lower cost.

Everyone needs to justify their pay check, and saving the company/earning the government $30 million is a pretty good justification (whether for finding a tax loophole, defending the loophole, or closing the loophole). At the least, if you succeed, you can dodge being downsized for another year.
Score: 1 Votes (Like | Disagree)

H2SO4
Of course they’re being creative with their accounting. But they are no different from virtually any other company out there, (which doesn’t excuse any wrong doing). They are a focus because of their size, (financially). A successful prosecution would make the time spent worthwhile when fines are levied.
Score: 1 Votes (Like | Disagree)
Read All Comments