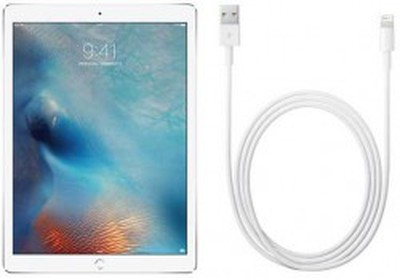 Apple has confirmed that updating to iOS 9.2 should prevent an issue that caused some iPad Pros to become unresponsive after charging from continuing in the future.

Shortly after the launch of the iPad Pro, some early adopters began complaining about an issue that caused the 12.9-inch tablet to become unresponsive after charging, requiring a hard restart to restore functionality.

Apple acknowledged the problem in a support document on its website, stating that it was "investigating" the issue, and has now updated that support document to reflect that "iOS 9.2 or later" should prevent the issue from occurring again.

The issue affected both 32GB and 128GB iPad Pros on iOS 9.1, including Wi-Fi and LTE models, and some users speculated that restoring from an iCloud backup during setup may have contributed to the freezing issues.

thefredelement
It fixed mine. I think mine crashed every time it got to 100%. I left it on the charger last night and grabbed it this morning without any issue.
Score: 6 Votes (Like | Disagree)

Keep us posted on if iOS 9.2 fixes the iPad Pro charging issue by testing on your iPhone 5s?
Score: 6 Votes (Like | Disagree)

Excellent news. Wonder why only some were affected

Probably because they use different components and made at different times from different batches.
Everything, even computer chips are physical items with tolerances in them.
Score: 3 Votes (Like | Disagree)

Or later? That makes it sound like 9.2 might actually not fix the problem, and we might have to wait for a later release for the fix.

Or later? That makes it sound like 9.2 might actually not fix the problem, and we might have to wait for a later release for the fix.

I assume they mean if you buy an iPad Pro that comes with 9.1 pre-installed on it, that upgrading to 9.2 or later (if 9.3 is out by that point) will fix the issue.
Score: 2 Votes (Like | Disagree)

(note: the "goodness" numbers are pulled from my posterior, but here's the thing... if you have a million lines of code, and you're at 99.999%, you still have 10 lines of code that are bad, so if anything, I'm guessing way low on my percentages. Oh yeah, it only takes 1 line of code to really mess things up.)
Score: 2 Votes (Like | Disagree)
Read All Comments

Thursday May 13, 2021 10:32 pm PDT by Sami Fathi
A new rumor suggests that Apple will announce the third-generation AirPods and the recently rumored HiFi, or high-fidelity Apple Music tier, on Tuesday, May 18, via a press release on its website. The new rumor comes from Apple YouTuber Luke Miani who shared the alleged exclusive news with the AppleTrack website. According to the YouTuber, Apple plans to release the next-generation AirPods...
Read Full Article • 135 comments