Apple has launched (via AppleInsider) a brand new outdoor ad campaign for the Apple TV a week after debuting its first TV commercials for the new set-top box. The new ads feature a variation of the SMPTE color bars, a television test pattern, as a backdrop to the simple Apple TV logo.

Image via SMPTE Connect
The color bars are also featured in the TV ads, dispersing in different ways as the ad showcases its apps or games. Thus far, the billboards have been spotted in Los Angeles, Boston, New York, San Francisco, Beverly Hills and Hollywood.

The ads appear to have gone up in the last 24 hours, with Instagram user Courtney Cerruti noting that she saw workers tugging the image into place and that they went up "in unison." Additionally, every current picture of the new billboards have appeared within the last 11 hours or so. The ads also come in different formats, with some ads in a vertical orientation on buildings and others in a more traditional horizontal format.

NicolasLGA
I hope people have noticed that this is not simply a "variation" on the color bars pattern...

It's the original Apple rainbow logo.

Very good marketing. I love it.
Score: 20 Votes (Like | Disagree)

usarioclave
The colors, they're back!
Score: 17 Votes (Like | Disagree)

Cisco_Kid
Now lets have everyone overanalyze these ads...
Score: 15 Votes (Like | Disagree)

szw-mapple fan
I feel sorry for the people whose office is behind that huge banner...
Score: 11 Votes (Like | Disagree)

heeloliver
Kinda an odd way to present the TV. For some the color test may remind them of a glitch, maybe something Apple doesn't want to be seen with the Apple TV
Score: 10 Votes (Like | Disagree) 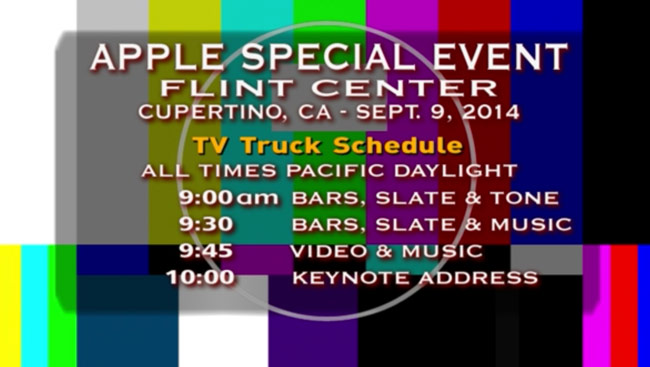 Wednesday January 13, 2021 4:08 am PST by Tim Hardwick
Apple today announced a set of new projects as part of its $100 million Racial Equity and Justice Initiative (REJI) to help dismantle systemic barriers to opportunity and combat injustices faced by communities of color. Rendering of the Propel Center The projects include the Propel Center, a global innovation and learning hub for Historically Black Colleges and Universities (HBCUs), an Apple ...
Read Full Article • 528 comments