On Friday, Apple officially launched the fourth-generation Apple TV, which for the first time included an App Store.

While Apple includes a list of featured apps, there are currently no other methods for discoverability, and users can't browse categories or Top Charts to find other Apple TV Apps that haven't been explicitly featured.

Currently, the Apple TV App Store only shows what's featured. If your game isn't featured, it effectively doesn't exist. There's no way to browse genres, top lists don't exist (this arguably might be a good thing), and finding something that isn't featured requires typing its name in the search field. Siri search doesn't work on apps (yet?) so the amount of friction to download a game like Highway Rider which didn't make the feature cut is not only incredible but also has resulted in three sales. (Well, make that four, as I bought it.)

After some digging, SlideToPlay's Jeff Scott discovered that Apple was already publishing Apple TV top lists, even if they weren't yet exposed anywhere. Scott has now compiled a realtime list of the top overall Apple TV apps as well as individual category lists for both free and paid apps.

At the time of this writing, the overall top 10 apps include: 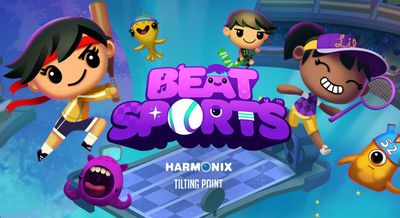 Games make up the majority of the top spots in the Top Paid listings, while media apps dominate the Top Free listings. At the moment, Jeff Scott reports there are presently 996 Apple TV apps in the App Store. The full list on SlideToPlay covers the top 200, as well as the breakdown within different categories.

Tdadlani
They need a list of media apps that do not require TV provider login
Score: 19 Votes (Like | Disagree)

federico0212
Wait... What is wrong with the new Apple TV?

What, so the category tab is missing? Apple will add it, it's probably missing since there isn't a ton of apps. They don't even need to update for that.

I own it, it's insanely fast, insanely smooth, and leaps and bounds better than the old one.
For the love of God, I never had to do TV remote codes.... That's magical.
Siri works well, it's easier to find content across apps.

The Netflix app isn't fully baked, but that isn't Apple. And Siri cannot control music, or find any to add. That's missing.

But other than that, it streams faster, better, navigating is leaps and bounds better, and it's just so smooth.

You people groaning don't own it, and you sure as hell are part of the **** show In this world.

I own the atv 2&3 (retired the 2) and a chrome cast and a fire TV.
Chrome cast sucks (as does all miracast devices, AirPlay just rules) and the Fire TV search only does Amazon stuff, and is nowhere near as fast and smooth. The Siri controller is really the way to navigate tv. Apple nailed that.

It's a huge promising product with a lot of power. It's almost perfect right now.
Score: 16 Votes (Like | Disagree)

Rogifan
There was a screen shot at the September event that clearly shows top charts and category options. Maybe Apple is waiting for more apps to be available to turn it on? 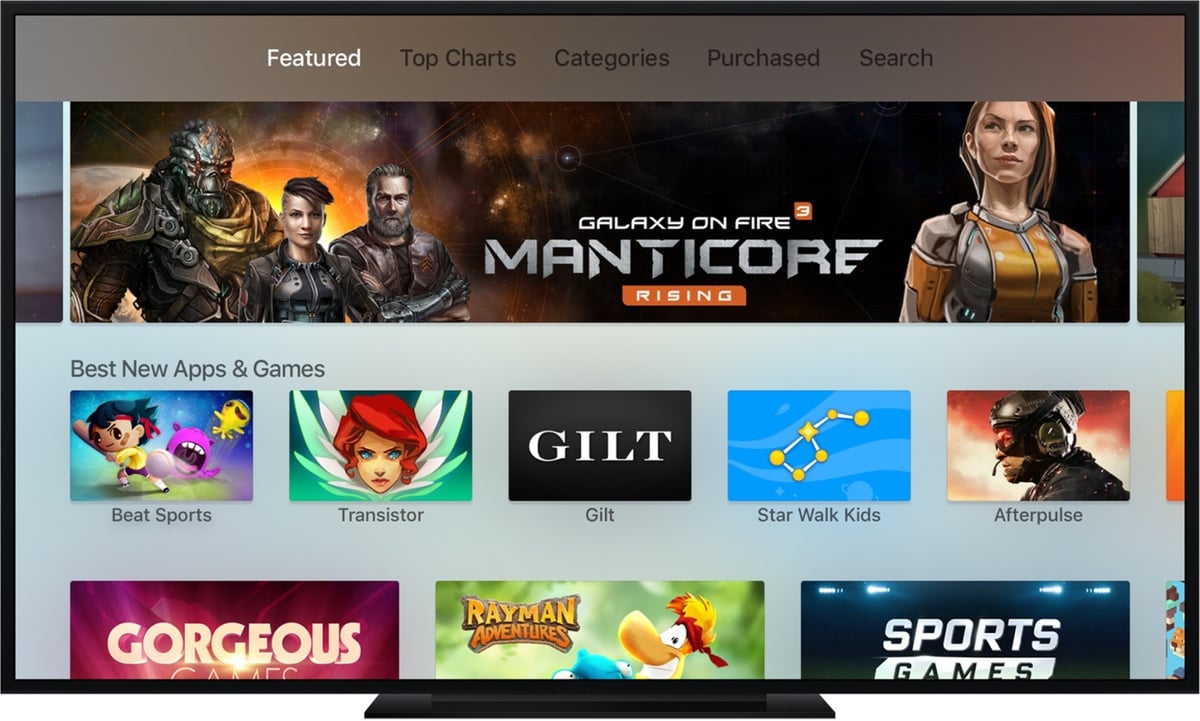 I have my complaints about this device by my god it's only been on sale for a few days. I think it's silly for developers to be freaking out about discoverability after only a couple days on sale. If a month from now we still don't have a good way to search for apps then yeah complain away.
Score: 14 Votes (Like | Disagree)

Twimfy
They need to sort this quickly otherwise developers aren't going to bother at all and go elsewhere.

I guess a featured only section does encourage higher production values but the visibility is so poor that an indie developer is going to drown without a 5-figure marketing budget.
Score: 12 Votes (Like | Disagree)

Sean7512
As a developer with a tvOS app in the store, this is totally unacceptable. My app effectively does not exist in the store unless you search for it.

Why should I even bother? I am assuming once they add categories that they will be sorted by newest -- meaning that the launch apps will just be very far back on the list.
Score: 11 Votes (Like | Disagree)
Read All Comments

Wednesday June 29, 2022 4:43 am PDT by Sami Fathi
Fifteen years ago to this day, the iPhone, the revolutionary device presented to the world by the late Steve Jobs, officially went on sale. The first iPhone was announced by Steve Jobs on January 9, 2007, and went on sale on June 29, 2007. "An iPod, a phone, an internet mobile communicator... these are not three separate devices," Jobs famously said. "Today, Apple is going to reinvent the...
Read Full Article • 232 comments