Apple Store and Best Buy locations have begun selling the new fourth-generation Apple TV in the U.S. and first wave launch countries. Apple is also offering Personal Pickup in the U.S., while Best Buy is allowing customers who pre-ordered for in-store pickup to pick up their set-top boxes starting this morning as the stores open up for the day.

While Best Buy began accepting pre-orders for the new Apple TV on Monday, it originally listed November 4 as the date when customers would be able pick them up in stores. Several MacRumors readers who pre-ordered began receiving notices on Thursday night letting them know their purchases would be ready for pickup today, nearly a week early. 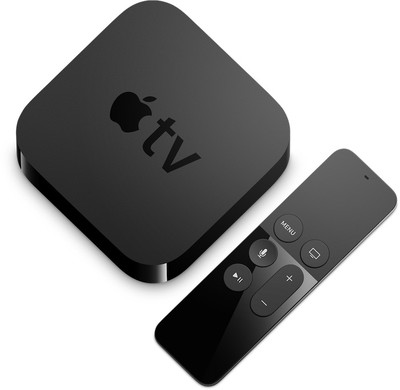 Apple retail stores around the world will also be offering the Apple TV, and in countries where October 30 has already rolled around, stores are already selling the new set-top boxes. Stores in the United States have been revamped overnight to feature advertising for the new Apple TV to coincide with the in-store launch.

Apple is also selling accessories like the new Apple TV Remote Loop and the SteelSeries Nimbus controller, and it also plans to begin selling the new Beats Pill+ speakers in its retail stores beginning today.

carfreak12321
Yet my preorder from Monday has yet to show any movement
Score: 30 Votes (Like | Disagree)

JimmyHook
One other thing, if Amazon doesn't release a native tvOS app in 3 months I'll cancel my Prime. If they think I'd pick them over Apple they are sorely mistaken.
Score: 15 Votes (Like | Disagree)

Gueeds
Apple completely botches another product launch. They really need to fix this after the Watch and ATV4 issues.
Score: 11 Votes (Like | Disagree)

how did they botch it?

Spoiled "adults" will be inconvenienced by going to an Apple Store to purchase one tomorrow morning, then having to return the web ordered unit that gets delivered later that afternoon.
Score: 11 Votes (Like | Disagree)

how did they botch it?

When Tim said you could order Monday and they ship Friday, it was assumed stores wouldn't have any stock until the following week. So I preordered, it is still PFS, and I can walk into any Best Buy or Apple Store tomorrow and just grab one. Waste of money and resources on Apple's side, needed to be much clearer about availability.
Score: 9 Votes (Like | Disagree)

Icaras
If I can order online for pickup tomorrow, I'll be returning my order from Apple, which still has not moved past PFS.
Score: 9 Votes (Like | Disagree)
Read All Comments