Apple Pay Coming to Starbucks, KFC, and Chili's in 2016

Starbucks plans to team up with Apple to launch an Apple Pay pilot program in select U.S. stores this year before rolling Apple Pay out to approximately 7,500 company-owned Starbucks locations in the United States in early 2016. The Apple Pay payments service will be connected to Starbucks' own loyalty program, but it is not clear if Starbucks customers who make purchases with Apple Pay will be able to earn Starbucks rewards. 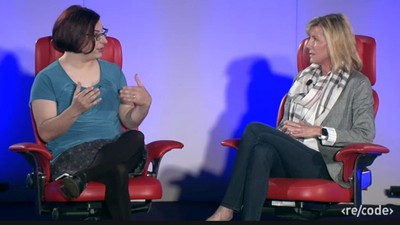 At the current time, Starbucks uses its own barcode-based in-app mobile payments system for coffee and snack purchases made within its retail stores. The Starbucks iOS app does support Apple Pay, but only for reloading Starbucks cards. Given the popularity of Starbucks, Apple Pay availability at the chain could be a major boon for Apple.

In addition to Starbucks, Apple Pay will also be available in KFC fast food locations and Chili's sit-down restaurants starting next year. In Chili's, customers will be able to pay for their food directly at their tables using Apple Pay.

On stage, Bailey said Apple was "fully committed to NFC," calling it the "best technology out there" for mobile payments. She also said Apple wants to bring Apple Pay to as many countries as possible in the future, expanding beyond the United Kingdom and the United States.

johnnyjibbs
It's already available in Starbucks and KFC in the UK :p
Score: 15 Votes (Like | Disagree)

chirpie
A person with an iPhone using it to pay at Starbucks while surfing the web on his macbook. It's the most concentrated specific version of a hipster I can conjure. ^_^
Score: 7 Votes (Like | Disagree)

Red Oak
The retail rollout is. So. Slow

It does not even work half the time and Panera now. And they were featured at the launch

At, it now does not work at Home Depot

The whole retail expansion plan is a mess. I hope Apple Execs understand this. If they don't, this thing is going to fail
Score: 7 Votes (Like | Disagree)

ThunderSkunk
If they're going to do this one company at a time, it's going to take a thousand years to become prevalent.

Then they can start accepting a cryptocurrency, and actually start making a meaningful cultural impact.
Score: 6 Votes (Like | Disagree)

I'm not holding my breath. Some days I expect Uzbekistan to get ApplePay before we do.
Score: 4 Votes (Like | Disagree)

Why is it that USA is almost always behind the technology? This already works in Europe. I've used it last week in Prague and this week in London.
Will US ever catch up their own game? :))))))

We're one of the largest countries in the world in both population (3rd behind India and China) and land mass (3rd behind Russia and Canada, and the largest if you count the fact that Russia and Canada are both half-frozen). I think a lot of people outside of the USA don't quite grasp the massive scale of the USA. Just setting up the infrastructure for such an area is incredibly difficult.

We also have a largely unregulated capitalistic society, unlike a lot of Europe. There is a lot of pushback when companies are forced to do things by the government or some other regulating body. Even when society wants something (more secure credit cards for example), companies feel more free to say "sorry, that costs us too much to implement" and thus it takes forever to happen.

That is why things tend to roll out slower here. But the freedom is also why many large worldwide companies are based here.
Score: 4 Votes (Like | Disagree)
Read All Comments