Tuesday October 6, 2015 5:59 am PDT by Mitchel Broussard
Porsche has announced that its forthcoming 2017 Porsche 911 Carrera and Carrera S will support Apple's CarPlay platform. According to Moto Trend (via AppleInsider), Porsche selected CarPlay over Android Auto because under the agreement of partnering with Google, certain amounts of data would have been sent to the search giant. 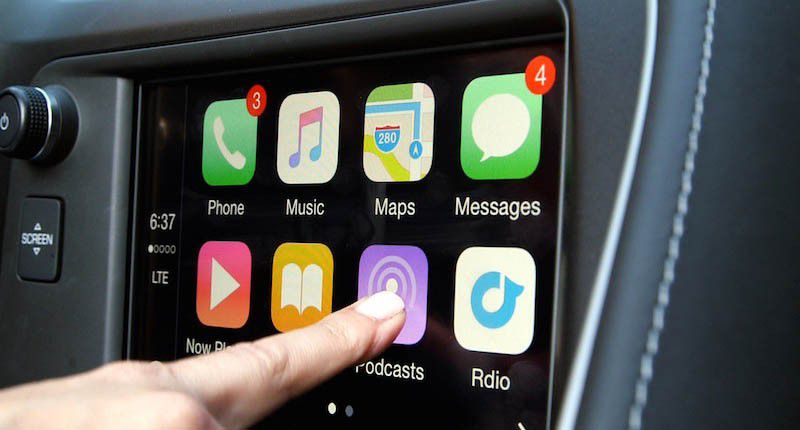 Some of this data would have included vehicle speed, throttle position, and engine revs, all points of information that would constantly be flowing back to Google's headquarters each time a driver gets in the car. Comparatively, all Apple's CarPlay requires to know is whether the car is accelerating while the system is being used.

There's no technological reason the 991/2 doesn't have Android Auto playing through its massively upgraded PCM system. But there is an ethical one. As part of the agreement an automaker would have to enter with Google, certain pieces of data must be collected and mailed back to Mountain View, California. Stuff like vehicle speed, throttle position, coolant and oil temp, engine revs—basically Google wants a complete OBD2 dump whenever someone activates Android Auto. Not kosher, says Porsche.

Porsche's reasoning behind the decision points to not wanting to share the information with Google that could include the ingredients to its "secret sauce that makes its cars special," along with the fact that Google is reportedly building its own car at the moment. A few other vehicle manufacturers have announced support for CarPlay, but the service is just this year beginning to see a wider release despite being announced -- as "iOS in the Car" -- over two years ago.

I'm surprised they wouldn't support both and just give people the choice.

cause that choice leads to google getting ODB2 data dumps...which could include their (Porche's) secret sauce.
Rating: 43 Votes

BornAgainMac
Porsche threw Google under the bus with that statement.
Rating: 31 Votes

Does Porsche have sneaky emissions software like the rest of the vw group? Maybe that's why they don't like the data collection...

AngerDanger
But from the data Google collects, they could provide user-specific driving recommendations: "based on how often you drive 40 miles per hour, you might enjoy driving 39 or 41 miles per hour."
Rating: 26 Votes

A rational choice from a consumer standpoint is giving them the option of either. Then you can choose privacy if you want it, (and think it really exists).


Not in this case as stated in the article. Porsche doesn't want Google to get the data from their cars. Which they feel is a competitive advantage that they don't want to share. Google won't budge on their requirements of data collection - one of the reasons Apple Maps was created.

If it was just general user data then sure, they could provide an option.

This article shows just how out of touch users on this tech focused forum are about privacy and data collection. Never mind Joe Average on the street.
Rating: 24 Votes

Does Porsche have sneaky emissions software like the rest of the vw group? Maybe that's why they don't like the data collection...


Maybe they just care about their customers privacy (Germany is much more concerned with that stuff than we are over here in the U.S.).

bobob
"Whose the product? I am!" - proud Google user
Rating: 20 Votes

wlossw
Does Porsche have sneaky emissions software like the rest of the vw group? Maybe that's why they don't like the data collection...
Rating: 15 Votes