iPhone 6s and iPhone 6s Plus launch day has officially arrived in the United States and Canada as Apple Stores in eastern cities such as New York City, Boston, Philadelphia, Toronto and Washington D.C. have now opened at 8:00 am local time. The launch will continue westward across the U.S. and Canada over the next three hours.

Apple Stores will now begin fulfilling in-store reservations for the new iPhones and accepting walk-in purchases from the long queues that have formed at some locations. UPS and FedEx will also be making pre-order deliveries generally between the hours of 9:00 am and 8:00 pm to residential addresses.

Yes , Apparently Samsung was there offering pillows and blankets for those in the queue. 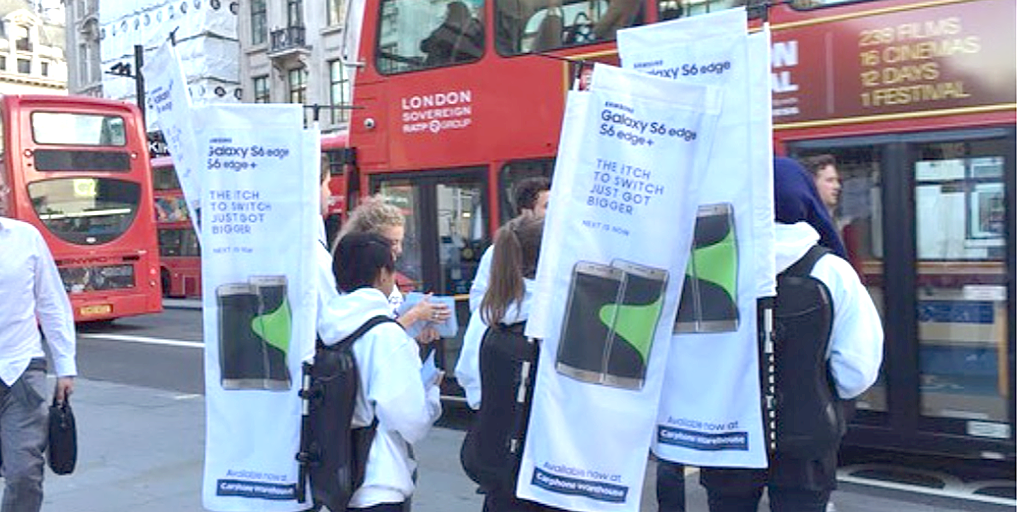 Are all of those people actually wearing banner flag things on their backs? Could Samsung possibly get any more unfashionable and lame?

"I've been standing in line for five hours, but after reading this flag sticking out of your back, I am absolutely convinced to jump out of line and buy this Samsung Galaxy S6 Edge+ immediately! Why did nobody tell me before that I don't have to queue to buy an older cell phone?"

I am certain they get that response all the time.
Score: 17 Votes (Like | Disagree)

But you don't get to meet all the cool people out there and the delivery man is too busy to converse.

Some of us consider that a perk.
Score: 10 Votes (Like | Disagree)

840quadra
Honestly love these launches, wish I didn't have to work, I like the chats you get into when queuing, met some great people over time.
Score: 9 Votes (Like | Disagree)

Having the phone delivered to your house or office is much more convenient.

But you don't get to meet all the cool people out there and the delivery man is too busy to converse.
Score: 9 Votes (Like | Disagree)

corrado7
Having the phone delivered to your house or office is much more convenient.
Score: 8 Votes (Like | Disagree)

iCloudStrife
I wish I could line up for a brand new iPhone, but unfortunately I’m among the few people in the world who believe that the iPhone 5s is still the greatest phone ever made.

Still hanging out for a 4” phone with modern specs….
Score: 5 Votes (Like | Disagree)
Read All Comments