Monday September 21, 2015 10:33 am PDT by Juli Clover
Apple's iPhone 6s Plus includes a 2750 mAh battery, according to images shared by Taiwanese site AppleClub [Google Translate]. That means the battery in the iPhone 6s Plus is smaller than the 2915 mAh battery found in the existing iPhone 6 Plus.

We've already learned the iPhone 6s has a smaller 1715 mAh battery because it was spotted in a video Apple created to highlight 3D Touch, but there's been no visual confirmation on the iPhone 6s Plus battery until now. 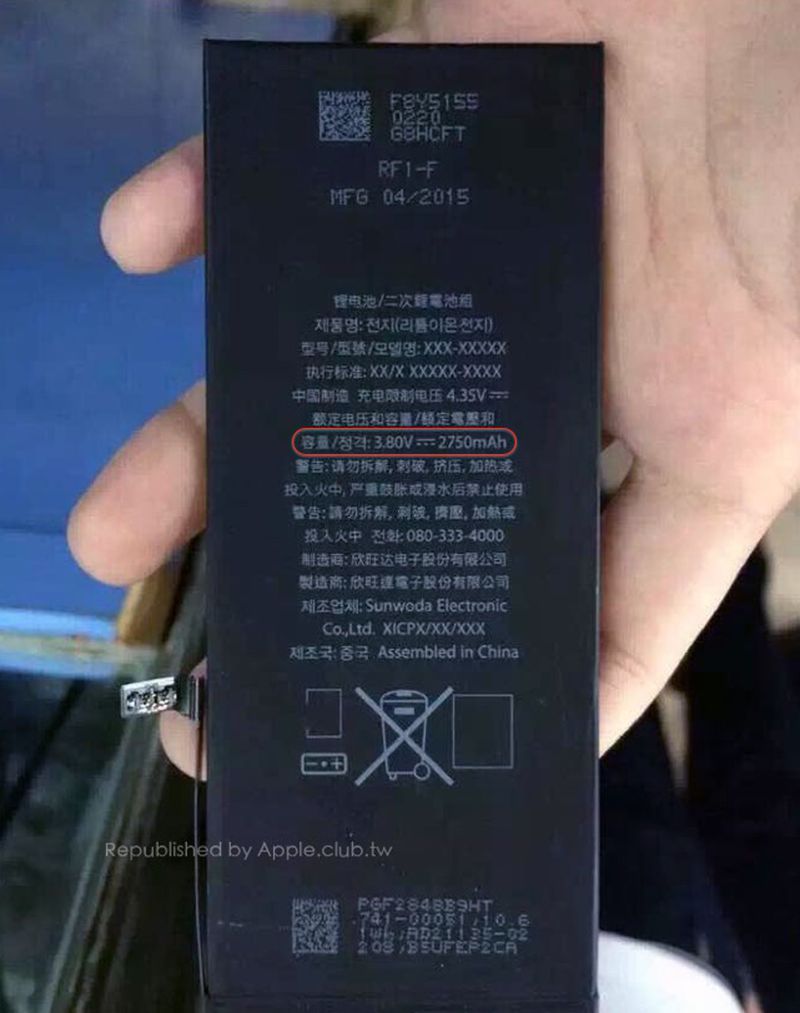 Ahead of the debut of the iPhone 6s and 6s Plus, rumors suggested both devices would have smaller batteries, which turned out to be accurate. It appears Apple may have adopted smaller batteries in the new iPhones in order to make room for new internal parts like a dedicated Taptic Engine that enables haptic feedback whenever 3D Touch is used.

Though the iPhone 6s and 6s Plus have smaller batteries, overall battery life has not been impacted due to optimizations in the A9 processor in the devices and software improvements. Both devices continue to offer the same battery life as the iPhone 6 and the iPhone 6 Plus.

JonneyGee
Because who could imagine making the phone a whole millimeter thicker to eliminate the protruding camera and actually increase battery life?
Rating: 47 Votes

Silver Idaten
But instead of always having the same battery life, why can't we have better?
Rating: 39 Votes

jetjaguar
not really happy about this
Rating: 20 Votes

FF1983
But the battery is unapologetically thin.
Rating: 17 Votes

No surprise there...more efficient chips/OS and better screen don't need same battery for same time. Happens a lot, also seen in MacBooks all lines. Nothing to see, move along.


Does it heck. Since Apple had removable batteries in their portable line, the batteries have been getting bigger and bigger with each major revision. Over 80% of the space in a MacBook Air is battery. Coupled with CPU advancements and software optimisations, that's how they get unparalleled battery life in the industry.

It just seems ridiculous. They have the best battery life in their laptops and practically the worst in their phones. When you decrease battery capacity so you can shave off an extra atom from the thinness, yet leave a protruding camera that additional thickness would actually solve — well, that's form over function. And not even good form at that.
Rating: 11 Votes

agreed, don't like the camera bulge... BUT most people use cases and cases generally are thicker than the bulge... so doesn't that make it fine?


When Apple's official pictures of the phone (in this case, the 6) remove the protruding camera, that to me rings alarm bells. It implies that the design really was contrary to Apple's standards and mentality, just because Butterblimp Jony gets a raging clue from an extra particle of thinness.

The only protruding thing from Jony Ive should be his belly. 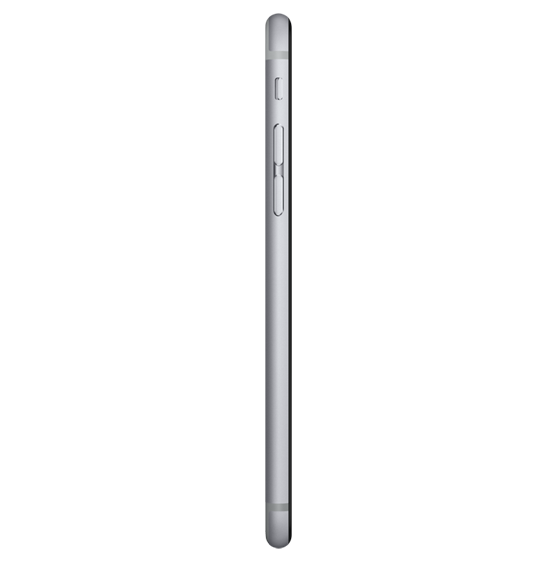 nooaah
As long as I get the same battery life.
Rating: 6 Votes

But the battery is unapologetically thin.


It's been re-imagined so that it's not a reduction in size, but a concentration...
Rating: 5 Votes

Because who could imagine making the phone a whole millimeter thicker to eliminate the protruding camera and actually increase battery life?


Personally I'd rather have thinner and lighter. I have an M8 which is bigger all around and heavier and it makes a big difference in everyday use... I especially hate how heavy it feels in my slacks and shorts.
Rating: 4 Votes