A new "leaked" commercial ad for the so-called "iPhone 6s" has been shared today on YouTube, showing off a 30-second spot for the next-generation iPhone in an array of color options that more closely hues to an iPhone 5c-inspired look than the main line-up of colors available today with Space Gray, Gold, and Silver. 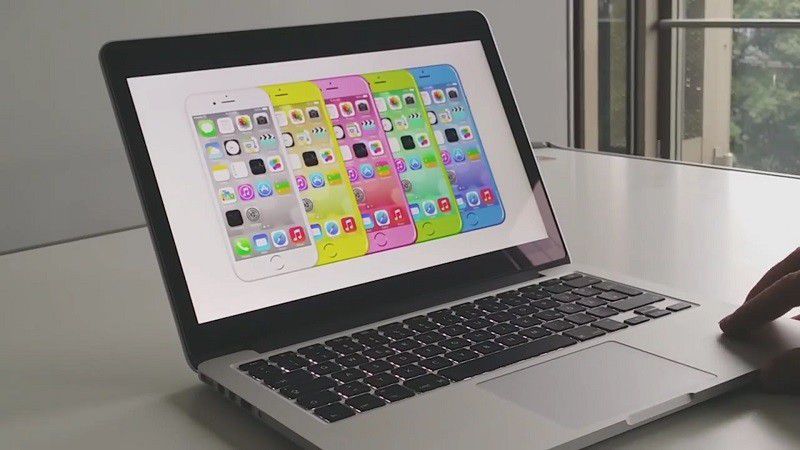 The ad is obviously fake, with no mention of the "iPhone 6s Plus" -- as a note, the two phones only appeared in commercials alongside one another last year and were never separated -- but still presents an interesting take on the new iPhones coming out in a few weeks.

Although well-edited, the false ad is more reminiscent of Apple's older iPod music-inspired ads than the somewhat downbeat and more feature-focused commercials from the past few years. The ad's suggestion of a line-up of next-generation iPhones without the now-expected Space Gray or Gold options -- backed by the tag "Be vibrant. Even faster." -- is perhaps the biggest tip-off of its mendacity.


News and rumors surrounding the "iPhone 6s" and "iPhone 6s Plus" have only gotten heavier as we move into September. Possible launch dates for the devices point towards September 18, with other stories suggesting Apple has fixed its "Bendgate" issues from last year and that users should see an increase in productivity and maneuverability on the new iPhone thanks to Force Touch shortcuts.

WildCowboy
We just thought it was kind of cool to share. It's obviously fake just based on the content, but the ad itself is well done, and the staged "leaked from Apple campus" theme is always good for a chuckle. :)
Rating: 10 Votes

Given the influx of iPad, iPhone, and Intel news, I'd say no.

SgtPepper12
Fake or not, I doubt that Apple won't be offering a more subtle black edition. Or rather I hope so. To me the editions with black front are the only ones I'd ever consider buying. I guess I'm not the only one.
Rating: 4 Votes

musika
If you had any doubts that it's fake, the iOS 8.0 music icon and passbook icon give it away.
Rating: 3 Votes

maramok
Lets talk about his dock at the end and how its arranged by color.
Rating: 2 Votes

Fake or not, I doubt that Apple won't be offering a more subtle black edition. Or rather I hope so. To me the editions with black front are the only ones I'd ever consider buying. I guess I'm not the only one.

I made the mistake of buying a silver 5S. The phone is great but everytime I see the black and white front panel contrast now I wonder why I didn’t go space grey.
Rating: 2 Votes

I like the pulsating Apple logo in the end and the ad overall is more lively and energetic than current ads.