Microsoft today announced the release of an early version of its Windows Bridge software, which is designed to let software developers quickly port iOS, Android, and web apps to the Windows platform.

As of today, Windows Bridge for iOS is available as an open-source project under the MIT license and can be downloaded on GitHub. With Windows Bridge, iOS developers can begin testing the software that will let them convert iOS apps built for x86 and x64 processor architectures to a format that will run on Windows 10 and Windows 8.1.

We're releasing the iOS bridge as an open-source project under the MIT license. Given the ambition of the project, making it easy for iOS developers to build and run apps on Windows, it is important to note that today's release is clearly a work-in-progress -- some of the features demonstrated at Build are not yet ready or still in an early state.

Regardless, we'd love for the interested and curious to look at the bridge, and compare what we're building with your app's requirements. And, for the really ambitious, we invite you to help us by contributing to the project, as community contributors -- with source code, tests, bug reports, or comments. We welcome any and all participation in building this bridge.

Microsoft first announced its plans for Windows Bridge at its April BUILD conference for developers, demonstrating an iPad app that had been converted to a Windows 10 app. Tools designed to help developers create Windows apps from their iOS apps could be a huge boon for Microsoft, as app availability has always been one of the major downsides to Microsoft's Windows mobile devices.

Both Google Play and the iOS App Store have always had far more apps than are available on Windows, so Microsoft is hoping its new tools will encourage developers to spend time creating Windows apps, heavily boosting the number of available Windows apps. As of July, there were 1.6 million Google Play apps, 1.5 million App Store Apps, 400,000 Amazon Appstore apps, and 340,000 Windows Phone Store apps. 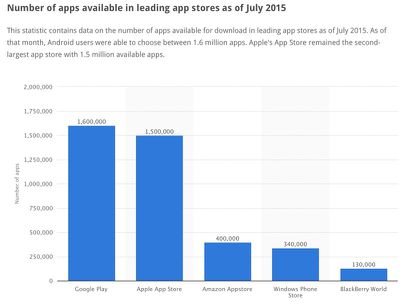 Soccertess
Nadella is someone to watch! He is slowly turning Microsoft around, too bad Ballmer stuck around for so long.
Score: 12 Votes (Like | Disagree)

They were this nice in the early 90s too. Embrace, Extend, Extinguish is the motto of Microsoft and it has not changed. A Tiger does not change its spots and while everyone is singing MS's praises they are doing what they did before. They'll work to get "on top" and then slowly become the arrogant POS they have always been.

Better to ignore them and they will go away. We will all benefit from no more Microsoft. And, yes, I've hated them since before I was a Mac user.

I have been with Apple since almost the beginning. My first computer was the Apple II. Before IBM and MS-DOS. Everyone says that Apple without Steve is different and they are right because Tim is different. And Microsoft with out Ballmer is different because Nadal is different. Time will tell whether the difference is good or bad, but your reaction seems a bit over the top IMHO.
Score: 9 Votes (Like | Disagree)

All the Apple drones on this thread who may cut their wrists over this.
Score: 9 Votes (Like | Disagree)

We will all benefit from no more Microsoft. And, yes, I've hated them since before I was a Mac user.

Yes, we should all only have Apple and zero competition. It will be utopia.

They had the market 10 years ago, but now, playing catch up....
Score: 8 Votes (Like | Disagree)
Read All Comments