Monday August 3, 2015 5:57 am PDT by Mitchel Broussard
Employees at Apple are reportedly putting a new service through its paces, one that would allow Siri to not only answer a missed call instead of a pre-set voicemail message, but give her the ability to record and transcribe those message for users to read as text later (via Business Insider). The messages would be sent to users via iCloud, completely skipping the need to check voicemail. 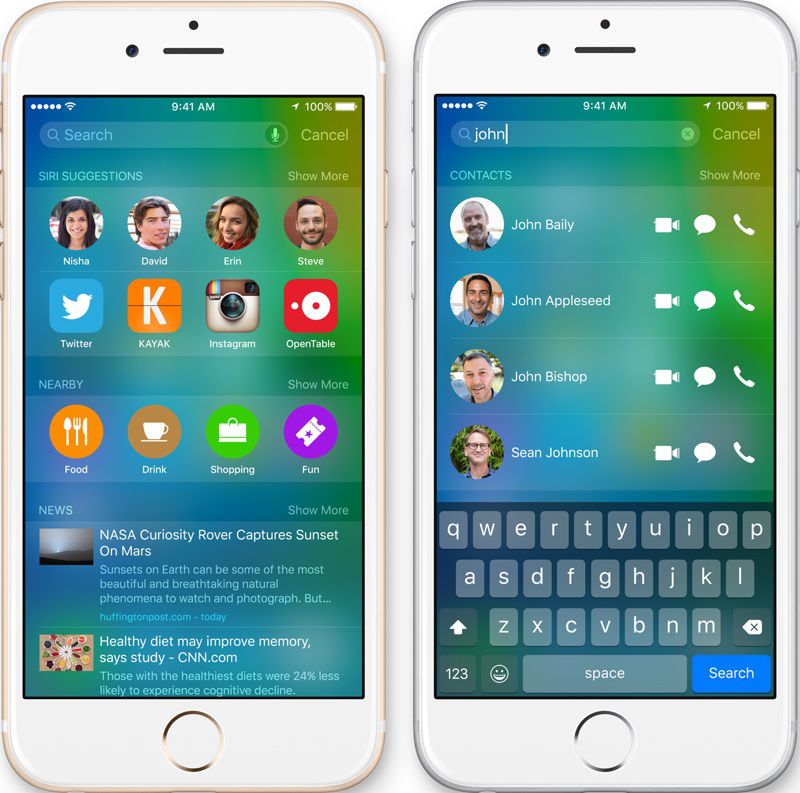 The so-called "iCloud Voicemail" service could relay information regarding where a user is and specifics as to why they can't pick up the phone, if given the permission to do so. According to Business Insider, "multiple Apple employees" are testing the new feature and if it stays on track, it could see a debut sometime in 2016 in iOS 10.

Apple's proposed solution is both incredibly simple and incredibly clever: People like to leave voicemails (it's often quicker to orally deliver your information than it is to type it in a text message). But they don't like to receive voicemails (it's a lot quicker to read a text than it is to listen to the other person talking at you). The new product will also bridge a generation gap: Older users like voicemails. Young people do not.

Apple sends voice data to company servers, where Siri converts the words spoken into text. iCloud Voicemail will presumably function in the same way, sending the raw voicemails to Apple, and Siri will then transcribe them and make them available on your iPhone.

Apple has doubled-down on Siri ever since the digital assistant's debut, with this year's launch of iOS 9 -- focusing mainly on performance enhancements and subtle design changes -- seeing Siri at the heart of the changes. The new iOS will allow the personal assistant to create contextual reminders, search more thoroughly through photos and videos, and grant users an easily-accessible curated list of contacts and apps in "Siri Suggestions," a quick left-swipe from the home screen.

peterdevries
I get a call from my mother: "When will you come to visit us again, it has been so long".
Siri transcribes: "Play Best of the Eagles and order a pizza at Subways".
Rating: 20 Votes

But what's the benefit of having the Siri voice answering your calls instead of your own? Is she going to do anything more than show off the fact that you have an iPhone?


Personally, I'd like Siri, or some sort of system, that's capable of answering "No Caller ID" calls with a message that states I don't answer such calls (invariably they're sales calls) so leave a message if you're a genuine caller or call back without blocking your number. All without ringing at my end.

Haynzee
Just wish Apple would make some Siri features available offline. The old voice control allowed you to call people, skip music etc, but Siri just throws the offline error, very annoying when you are driving in an area with no data.
Rating: 14 Votes

I'd love this feature!
Rating: 10 Votes

Just wish Apple would make some Siri features available offline. The old voice control allowed you to call people, skip music etc, but Siri just throws the offline error, very annoying when you are driving in an area with no data.


Looks like you beat me to the punch, I definitely agree about offline capabilities. It's practically the most important thing that Siri needs to do: a quick response when you don't have Wi-Fi or you have flaky signal. Normally when you most need the offline features are when you're driving or something.

Also Siri doesn't seem to be able to search for directions based on postcode, at least it didn't for me ... apparently my house doesn't exist.
Rating: 7 Votes

2. Not really. I feel like Apple has been outpaced since the time they first introduced Siri.
Rating: 5 Votes

I get a call from my mother: "When will you come to visit us again, it has been so long".
Siri transcribes: "Play Best of the Eagles and order a pizza at Subways".

I hope it's not the same iCloud team working on this that worked on Apple Music. Please Tim hire someone to run iCloud that gets cloud services.
Rating: 5 Votes

Apple is so innovative. Always first to the market with new ideas. How to they think of such things?


And this still isn't anything compared to GV. Until calling my iPhone can magically ring other numbers at the same time, I'll keep GV around.
Rating: 4 Votes