Apple has removed seemingly all Civil War games from the App Store for displaying the Confederate Flag in "offensive and mean-spirited ways," our sister website TouchArcade has learned. Apple has sent a removal letter to affected developers to inform them that their app does not comply with Section 19.1 of the App Store Review Guidelines.

"19.1 Apps containing references or commentary about a religious, cultural or ethnic group that are defamatory, offensive, mean-spirited or likely to expose the targeted group to harm or violence will be rejected."

MacRumors did a spot check of the App Store and can confirm that Apple has removed dozens of Civil War games depicting the Confederate Flag, which has been at the center of a racial controversy ignited by a Charleston, South Carolina church shooting last week. Most educational or generic Civil War apps remain available on the App Store. 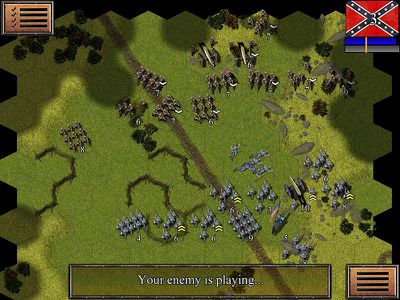 A sampling of the Civil War games removed from the App Store:

oneMadRssn
Displaying the flag in modern society is one thing, but displaying it on the context of the era it is from is another.

Should we shut down all civil war museums too? Should Apple also remove all WW2 games that display a swastika? Should Apple pull all history textbooks from the ibook store that contain either a confederate flag or a swastika? What about all the civil war / WW2 documentaries on iTunes?
Score: 169 Votes (Like | Disagree)

Vanilla Face
So under that same rule basically any Bible/Torah/Quran app should be removed as well.
Score: 81 Votes (Like | Disagree)

HowlinAl
This seems a little ridiculous.
Score: 72 Votes (Like | Disagree)

thatisme
If this is indeed true, then it is the most moronic response to a (non)issue. If removing the Dukes of Hazard General Lee toys from the shelves because of the roof decal wasn't enough, this just takes the cake.

Z400Racer37
Are you serious??? Are we just gonna try to pretend that this never happened now??

It's one thing for a government not to actively fly that flag, it has no business doing that, but now we're just gonna sensor it like slavery never happened? Give me a break...
Score: 65 Votes (Like | Disagree)
Read All Comments

Monday November 28, 2022 10:42 am PST by Juli Clover
Apple has cut back on its Twitter advertising, according to Twitter CEO Elon Musk. In a tweet, Musk said that Apple has "mostly stopped" its Twitter ads, asking if Apple hates "free speech." Musk went on to publish a poll asking if Apple should "publish all censorship actions" taken that impact customers and he began retweeting content from companies that Apple has had moderation discussions ...
Read Full Article • 1384 comments