Apple earlier this week announced a new consolidated Apple Developer Program for iPhone, iPad, Mac, Apple Watch and Safari, combining the previously separate iOS, OS X and Safari Dev Programs into one for a single $99 annual fee. The change should place more emphasis on and increase the security of Safari extensions, but some developers have voiced their frustrations about the new fee. 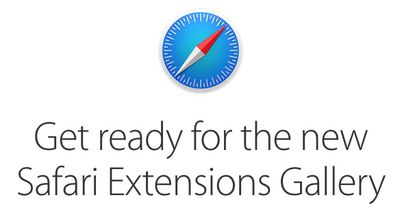 As a creator of Safari Extensions, you’ve helped enrich the browsing experience for Safari users by taking advantage of development resources through the Safari Developer Program. This program is now part of the new Apple Developer Program, which combines everything you need to develop, distribute, and manage your apps on all Apple platforms.

Your existing Safari Developer Program membership will remain active until July 8, 2015 and your Safari extensions will continue to work for existing users.

You can continue building Safari extensions and bring your creativity to other Apple platforms by joining the Apple Developer Program. Join today to provide updates to your current extensions, build new extensions, and submit your extensions to the new Safari Extensions Gallery for OS X El Capitan. You can also learn how to extend your coding skills to create innovative new apps for Apple customers around the world."

Safari 9.0 will also feature content blocking extensions for both iOS and OS X, providing users with a fast and efficient way to block cookies, images, resources, pop-ups and other content. Xcode includes a Content Blocker App Extension template that contains code for developers to send their JSON files to Safari that specifies which content should be blocked. A full Safari 9.0 changelog is in the Safari Developer Library.

Watabou
This is bad. This means that developers of extensions like RES and uBlock are now forced to pay Apple $99 to produce free extensions for Safari.

Kris Kelvin
From a security standpoint, this is actually good for the end user. Installed Safari Extensions can inject malicious code into any website you visit. Combined with auto-update, you never know if an extension might be compromised – which has happened to both Firefox and Chrome extensions. By requiring a paid/verified developer account and code signing, Apple gains the ability to revoke malicious extensions.
Score: 9 Votes (Like | Disagree)

east85
Why isn't Apple doing all it can to attract new developers? They're certainly not hurting for cash.
Score: 8 Votes (Like | Disagree)

RobertD63
I'll place a bet on this will be reversed. If they don't this just killed Safari.
Score: 7 Votes (Like | Disagree)

My Mac cost thousands. I spend more on coffee a year than $99. If you cannot or will not afford that then you got no business making stuff for people's expensive hardware.

If a developer creates and produces an extension simply because they enjoy coding or wants to help others why should they be forced to pay for the privilege of giving something away for free? If they wanted the extension listed in the marketplace then I can understand it but that's not what this is, it's for all extensions. I know that RES would have no problem charging $0.99 or even giving it away for free and simply asking for a donation each year from other Reddit users but what about smaller developers who create extensions simply to get experience and exposure?

This won't keep garbage out of the Safari extension marketplace, it will keep out small devs who look at this as a hobby, the people who wanted functionality and spent the time to create it and then shared their work with others for free. Look at the app store, there are tons of garbage apps and it's curated by Apple. Malicious extensions still exist in Chrome and Firefox and they have extension marketplaces. I really don't understand this move.
Score: 6 Votes (Like | Disagree)
Read All Comments

Friday September 23, 2022 7:08 am PDT by Joe Rossignol
Apple plans to release new MacBook Pro models in the fourth quarter of 2022, according to supply chain publication DigiTimes. The report does not mention specific models, but it very likely refers to the next-generation 14-inch and 16-inch MacBook Pros given that the 13-inch model was already updated earlier this year. There has been uncertainty surrounding the timing of new 14-inch and...
Read Full Article • 165 comments