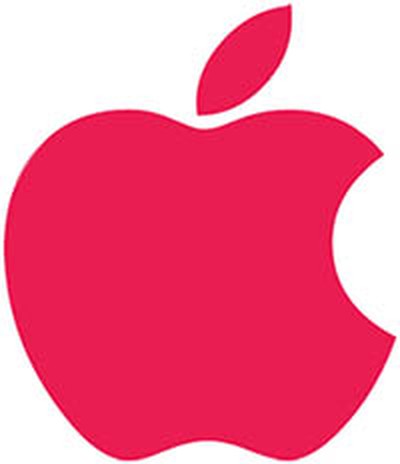 Apple is considering issuing about 200 billion yen ($1.62 billion) in bonds as early as June in Japan, in what would be the company's first fundraising activity in the country, according to Nikkei. The report claims that Apple plans to take advantage of low interest rates in Japan to procure the funds, which could be used to boost shareholder rewards and expand Japanese operations.

"Early this month, Apple started gauging potential demand for the yen-denominated bonds among regional banks, life insurers and other institutional investors," claims the Nikkei Asian Review. "The bonds will target Japanese investors but will likely be sold to overseas investors as well."

Apple has issued 2.8 billion euros ($3 billion) and 1.25 billion Swiss francs ($1.31 billion) in bonds since last year, and will reportedly benefit from an interest rate on bonds in Japan about 1 percentage point lower than in the United States. It was also reported in February that Apple was planning to raise $6.5 billion in a corporate debt sale. The funds are used for corporate purposes such as repurchasing of common stock and payment of dividends through Apple's capital return program.

/\ Has billions in his account, yet the ugliest guy in a suit I've ever seen....


More than just a suit, he represents all that is ugly in capitalism. Throw your money about then use and abuse your position to make, more money.

I'll be glad when he ******* off and finds another cash cow to feed off, leaving apple execs to focus on what is best for the company.
Score: 6 Votes (Like | Disagree)

/\ Has billions in his account, yet the ugliest guy in a suit I've ever seen....


That's not uncommon among the super rich. :)

Apple here in Japan SUCKS. My house is filled with Apple products - MBPs, iPhones, Retina iMac, Apple Tv, etc. They have ALL had physical damage issues. I don't believe there's a product from Apple in this country which doesn't have some level of blemish to scratch to marks straight out of the box. And Apple Japan customer service is worthless.


Well considering the Apple products in Japan are the same as the ones anywhere else in the world, that probably has little to do with Apple Japan, eh? :) Speaking of which, what's that got to do with Apple doing a bond issuance in Japan?
Score: 1 Votes (Like | Disagree)

I'd like to know if the US government lowered the rate by 10% how many companies would bring cash back to the US and how much more money the US govt would have vs not have.

Would it be wise to allow this "bring the cash back" to the US for a span of 60-90 days without a huge penalty?


Problem is that we've done that in the past, which only encourages more of the same activity by companies. If you break your rules to get short term gains, you keep encouraging the same behavior you don't want companies to do.
Score: 1 Votes (Like | Disagree)


Apple is planning to issue bonds in Japan, a low interest rate environment, meaning money is extremely cheap. Instead of using solely the cash they generated, they can use debt capital to reduce their overall cost. Debt interest also helps companies pay less in taxes.

Prudent debt is good for corporates.
Score: 1 Votes (Like | Disagree)

I wonder if Apple is issuing the bonds on low interest, hoping that some day the US government will allow them to repatriate their oversea profits, without taking a huge tax hit, and pay it off.

Of course, my understanding of finance is incredibly limited, so I'm probably way off :D


Yes, that is what they are doing.
Score: 1 Votes (Like | Disagree)

rmatthewware
I wonder if Apple is issuing the bonds on low interest, hoping that some day the US government will allow them to repatriate their oversea profits, without taking a huge tax hit, and pay it off.

Of course, my understanding of finance is incredibly limited, so I'm probably way off :D
Score: 1 Votes (Like | Disagree)
Read All Comments

Friday January 15, 2021 1:46 pm PST by Juli Clover
Apple has started "early work" on an iPhone that has a foldable display, according to a new report from Bloomberg's Mark Gurman. Though testing of a foldable iPhone has begun, Apple has not committed to releasing a device that has a foldable display. Development has not yet expanded beyond a display and Apple does not have full foldable iPhone prototypes in its labs. Like foldable...
Read Full Article • 177 comments