Knock, the iOS app that lets you unlock your Mac with Bluetooth instead of a password, is today being updated with Apple Watch support, bringing the same unlocking capabilities to Apple's upcoming wrist worn device.

Knock for iOS lets an iPhone pair to a Mac to bypass the need to enter a password, and Knock for Apple Watch will work in the same way. It will no longer be necessary to dig an iPhone out of a bag or a purse, because the Apple Watch with Knock Glance will also let users log into their Macs. 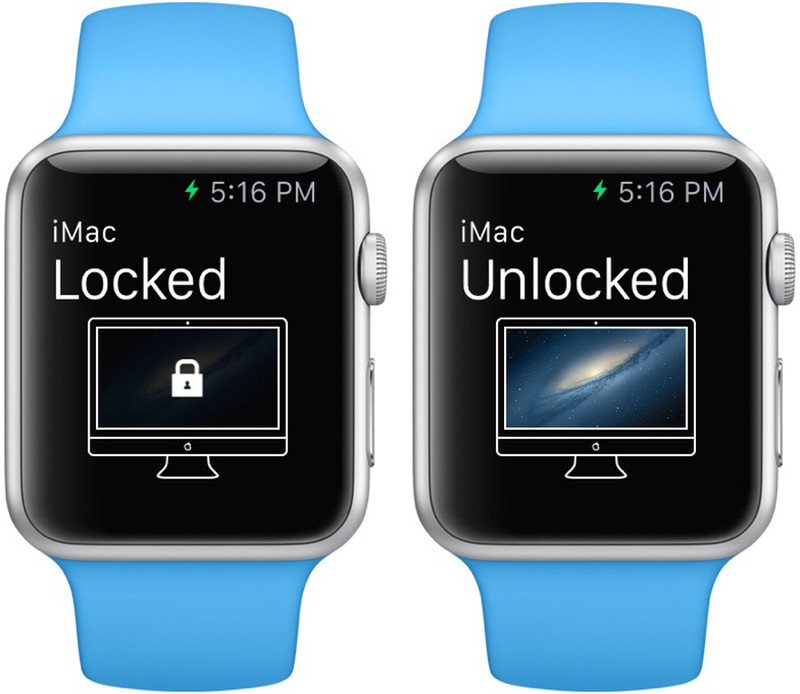 When we saw Apple Watch, we knew immediately that we had to make Knock one of the first apps available for it. Knock and Apple Watch are a match made in heaven. With Knock 2.0, leaving your iPhone in your bag or the other room isn't a problem. Whenever you open your Mac, Knock is right there at your wrist, ready to go. And with the Knock Glance, you can even unlock your Mac while you walk over to it -- or lock it as you walk away.

Today's Knock update also includes Touch to Unlock, which aims to introduce an extra layer of security for those who need it. With Touch to Unlock, unlocking a Mac with an iPhone also requires a finger to be placed on Touch ID, so it's no longer possible to unlock the Mac with just the iPhone in the event of a theft.


When removed from the wrist, the Apple Watch will no longer be able to unlock the Mac, effectively preventing it from being used to open a Mac with Knock installed without the owner's permission. Touch ID Apple Watch verification through skin contact lets Knock users take advantage of two-factor security without the hassle of needing to place a fingerprint on the iPhone each time a connected Mac is unlocked.

Knock for iPhone has received some criticism because it often takes longer to unlock a Mac with the iPhone than it does when entering a password, but some users have found it to be a fun alternative to the standard password entry for Macs. It's not clear if the Apple Watch will speed up the unlocking process, but Knock provides an interesting look at one of the ways the Apple Watch can be used by developers.


Knock can be downloaded from the App Store for $3.99. [Direct Link]
Tag: Knock
29 comments

In my opinion, MacID (http://macid.co) works way much better than Knock and has more features. I hope they make a similar app too!
Score: 7 Votes (Like | Disagree)

nagromme
I want a Watch app that uses the accelerometer to let me awaken my Mac by slapping it with a glove.
Score: 3 Votes (Like | Disagree)

It takes, what 5 seconds to type in a password? Seems kinda pointless to me :(

In my opinion, MacID (http://macid.co) works way much better than Knock and has more features. I hope they make a similar app too!

+1... tried both, MacID is vastly superior to Knock... I use MacID all the time. Knock was a gimmick that didn't even last a day.
Score: 1 Votes (Like | Disagree)

1) That's a start but I wish that Apple had included this as a default feature of Watch.

2) Does this (or any other) allow for auto-locking when your Watch gets too far away from your Mac? Can this be used to auto-lock an iPhone or iPad. Are there safe zones? For instance, I want this to work when my Mac/iPhone is connected to my home network, but not when I'm sitting in a coffee shop using their public network. Can it use BT sensitivity (as found in iBeacons) so that it will un/lock at various distances away from the Mac based on the signal strength.

MacID already has the auto locking feature when away. Such features are slated to be included in a new version of MacID (for the Apple watch).
Score: 1 Votes (Like | Disagree)
Read All Comments

Tuesday May 26, 2020 2:31 am PDT by Tim Hardwick
Apple will use a Lightning port instead of USB-C in the upcoming "iPhone 12," but it will be the last major series of Apple's flagship phones to do so, with models set to combine wireless charging and a port-less Smart Connector system for data transfer and syncing in the iPhone "13 series" next year. The above claim comes from occasional Apple leaker and Twitter user "Fudge" (@choco_bit),...
Read Full Article • 357 comments