Apple today launched a newly updated Siri website, which gives a comprehensive look at the voice assistant built into the company's iOS devices. The site opens with a quick overview of what Siri can do, and then provides users with a list of categories featuring Siri's different abilities: At a Glance, Staying in Touch, Getting Organized, Sports, Entertainment, Out and About, Getting Answers, and Tips and Tricks.

Talk to Siri as you would to a friend and it can help you get things done -- like sending messages, placing calls, or making dinner reservations. You can ask Siri to show you the Orion constellation or to flip a coin. Siri works hands-free, so you can ask it to show you the best route home and what your ETA is while driving. And it's connected to the world, working with Wikipedia, Yelp, Rotten Tomatoes, Shazam, and other online services to get you even more answers. The more you use Siri, the more you'll realize how great it is. And just how much it can do for you.

Each category offers a look at the different commands that Siri can work with. "At a Glance" gives a quick rundown of a random assortment of questions that can be asked, like "When is the sunset in Paris?" and "What movies are playing today?" while other categories offer a more specific selection of available commands.

"Getting Organized," for example," includes commands specific to apps like Calendar and Reminders, such as "What does the rest of my day look like?" and "Remember to pick up dry cleaning next Friday." "Entertainment" includes commands like "Show me the trailer for Boyhood" and "Buy the latest season of Homeland."

Each of the pages offers a look at features many iOS users might not have known Siri was capable of, and they're organized in a compelling grid-like view that's easy to read and outfitted with pictures for visual appeal.

Apple previously had a site that offered information on Siri, but it was just a single page that offered more of an overview of what Siri can do rather than something more specific that drilled down into actual commands. The new Siri site offers a much deeper look at Siri's abilities. 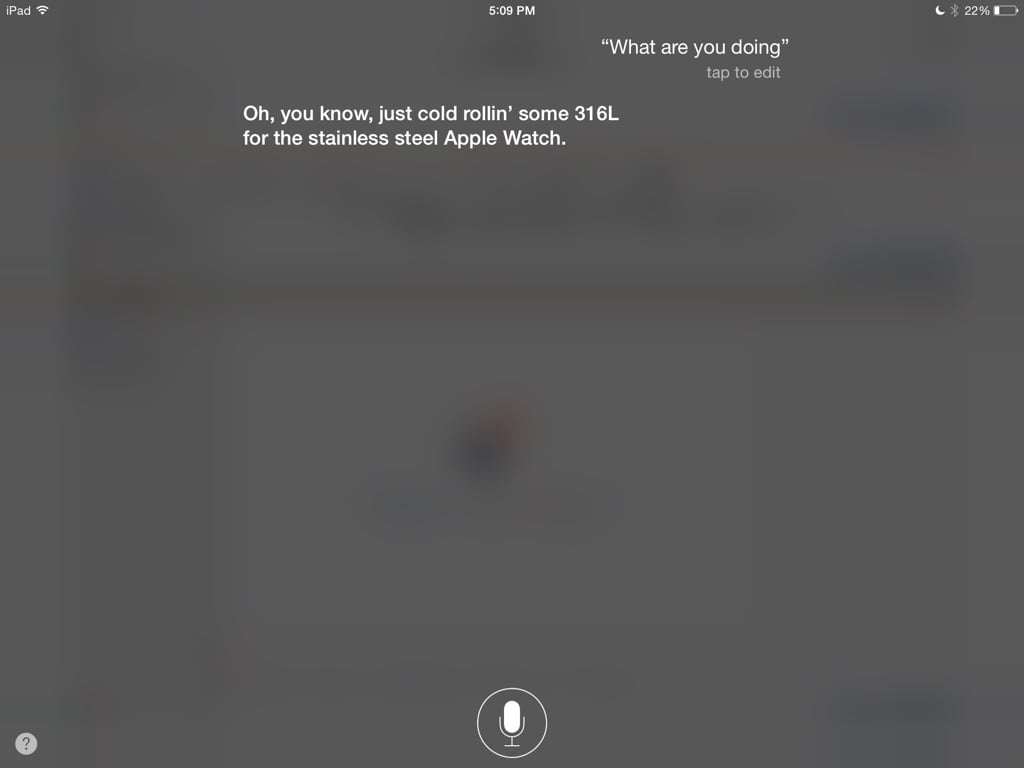 kwikdeth
all i want is for Siri to accurately understand what Im saying to it. All this other stuff is pointless otherwise.
Score: 10 Votes (Like | Disagree)

MentalFloss
I still have no idea why people keep calling Siri a "her". My Siri has a male voice, and fails the Turing test already at the second sentence of a conversation, so it's an "it" to me. I do use Siri a lot, and I do speak to it like a friend - a mentally handicapped friend, who is rarely able to remember my last sentence.

Something I posted before, and which is still true: Siri is useful to me only because I have figured out exactly the correct sequence of words required to do specific tasks. Everything slightly out of the ordinary is like playing the lottery with frustratingly bad odds. trying to actually rely on some level of context awareness is pointless, even though Apple heavily promoted that aspect of Siri when It was introduced.

I know how to pronounce album names to make Siri recognize them for example. Still, I have never ever managed to get Siri to play Peter Gabriel's album "So". Now with Siri's real-time voice recognition display, I can even see that it understands the word "so" perfectly well, but then it quickly changes it to "soul" to play Tower of Power's album "Souled Out" instead. Every time. Siri hates Peter Gabriel. Or it just can't imagine that someone would own an album called "So".

The funny part is that the voice control that the iPhone had before Siri worked significantly better for my music than Siri does, even though the voice control was purely client-based, while Siri is server-based. But perhaps that is a part of the problem, because a server does not have all the relevant information about what is on my phone.

Machine translation was actually my minor subject at the university in the 90's. I would have thought machine-based language recognition could have made some progress since then, but Siri can't even do some of the basic stuff that we discussed in class 20 years ago. Quite sad, actually. I rarely say "I can do this better", but in this case, I easily could. I know if I were in charge of that team, Siri would improve drastically very quickly. Yes, sounds like a case of severe over-confidence, but some stuff Siri does ist just mind-numbingly stupid.

And the same goes by the way for the pitifully bad Google and Bing Translate sites, which suffer from some similar basic problems like Siri. Someone with my background in language recognition could easily improve these significantly, but I have the impression that the teams working on Siri or Google Translate are purely software engineers with very little knowledge on how language actually works. Bizarre, but it's the only explanation for the bad results. Even more bizarre that Apple actually bought a company specializing in voice recognition to enable Siri. What a waste of money!

That would be like buying maps from a company specializing in mapping applications only to find out that the maps are wildly inaccurate. Oh... wait... Apple did that too! ;-)
Score: 9 Votes (Like | Disagree)

Siri has gotten so much better at this. Still can't understand when I ask to play artist Volbeat though, that's probably going to take a long, long time.


i just think its inexcusable at this point that it continues to be a problem. my girlfriend has an HTC One a few weeks ago, i was playing with that phone's speech to text and google now and it was about 99.9% accurate. at one point I even held up both phones and asked them the same question. the HTC was 5 for 5 while my 5S was 1 for 5. it made me have a sad :(


you must be one of the rare ones. I dont know many people with iphones who *havent* complained about Siri mangling things at some point.
Score: 7 Votes (Like | Disagree)

Talk to Siri as you would to a friend and it can help you get things done -- like sending messages, placing calls, or making dinner reservations.

OK but I don't normally go around ordering my friends to place my calls, make my reservations, or take dictation.

But maybe that's just me.

quackers82
Siri just needs connecting to IBM's watson , it would be amazing. Now who has a partnership with IBM.........
Score: 6 Votes (Like | Disagree)
Read All Comments