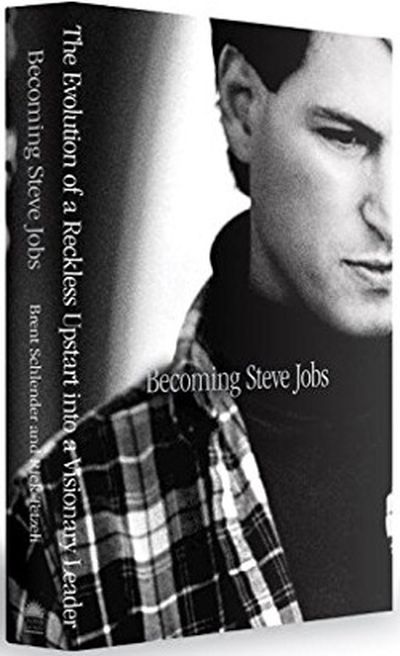 There's a new Steve Jobs book coming out later this month, written by Brent Schlender, a reporter who interviewed Jobs several times throughout his life, and Rick Tetzeli, editor at Fast Company.

The book, Becoming Steve Jobs, isn't set to be released until March 24, but Cult of Mac discovered some of the contents could be read using Amazon's "Look Inside the Book" feature and shared a few interesting tidbits that we haven't heard before. One of the best parts is a story about Steve Jobs and Tim Cook, which took place when Steve Jobs first got sick.

When Jobs was ill and needed a new liver, Tim Cook offered to donate a portion of his own liver because the two shared a blood type. Jobs turned down Cook's offer and later received a full liver transplant in 2009.

After discovering that he shared a rare blood type with his sick colleague, and undergoing a battery of tests at a hospital "far from the Bay Area, since he didn't want to be recognized," Cook offered his liver to Jobs -- only for Steve to turn it down.

"Somebody that's selfish doesn't reply like that," Cook says.

The book also reveals that Steve Jobs and Disney CEO Bob Iger contemplated buying Yahoo! as a way for Apple to get into the search business, and it unveils some details that contrast information that Walter Isaacson shared in his Steve Jobs biography.

Walter Isaacson's biography was largely responsible for igniting rumors about Apple creating a literal television, but according to Becoming Steve Jobs, Jobs was not particularly interested in television, telling Jony Ive at one point "I just don't like television. Apple will never make a TV again."

In Isaacson's telling, Jobs wanted to "do for television sets what he had done for computers, music players, and phones," creating an integrated television set that's "completely easy to use." At one point, he even reportedly said "It will have the simplest user interface you could imagine. I finally cracked it."

Amazon has removed much of the content that was offered via "Look Inside the Book," so additional stories about Jobs and other executives will be kept under wraps until its debut 12 days from now.

With the book, Tetzeli and Schlender have aimed to explore the story of how Steve Jobs made the transformation from an arrogant young man exiled from Apple to the visionary leader that skyrocketed Apple to fame. The two authors interviewed many of Jobs' friends, family, and inner circle, getting access to never-before-told stories. Tim Cook, Jony Ive, Eddy Cue, Ed Catmull, John Lasseter, and Robert Iger all contributed to the book.

Daring Fireball's John Gruber received an advanced copy of Becoming Steve Jobs, and has called it "the book about Steve Jobs that the world deserves," with stories that are "sensational."

A hardcover copy of Becoming Steve Jobs can be pre-ordered on Amazon.com for $21.78. There's also an iBooks version available for $14.99. [Direct Link]

He told this story for the sole purpose of painting himself as a "great guy" and I find that to be really disgusting.

So then he introduces a product called TV? And what's with this 'again' bit?

After discovering that he shared a rare blood type with his sick colleague, and undergoing a battery of tests at a hospital "far from the Bay Area, since he didn't want to be recognized," Cook offered his liver to Jobs -- only for Steve to turn it down.

I'll be referring anyone that questions Cook's character from here on out to this excerpt.
Score: 16 Votes (Like | Disagree)

What a hero, he researched all on his own, OMG he's so great. If that's not self promotion I don't know what is.


Your conclusion says more about you than it does about Tim Cook.
Score: 14 Votes (Like | Disagree)

Offered him a liver? We've only got one each! You mean a kidney???


If I recall correctly, you can donate a partial liver as the liver is one of the few organs that can partially regenerate.
Score: 14 Votes (Like | Disagree)
Read All Comments