Apple will be joining the Dow Jones Industrial Average, according to S&P Dow Jones (via The Wall Street Journal). Apple will be added to the Dow Jones at the close of trading on March 18, replacing AT&T as one of 30 members on the major price-weighted index. Apple is listed on Nasdaq with a pre-market share price hovering around the $128 mark as of this writing.

The addition of Apple on the Dow Jones Industrial Average will occur just weeks after the iPhone maker recorded the most profitable quarter of any company ever, posting record-breaking quarterly revenue of $74.6 billion and quarterly net profit of $18 billion on sales of 74.5 million iPhones during the first quarter of the fiscal year. Apple is currently the world's most valuable company with a market cap exceeding $735 billion.

The Dow Jones Industrial Average provides a price-weighted average of 30 significant stocks traded on the New York Stock Exchange and the Nasdaq, which offers valuable insight into how the stock market is performing at any given time. Other members of the Dow Jones include American Express, Boeing, Chevron, Coca-Cola, Disney, Exxon Mobil, Goldman Sachs, IBM, Intel, JPMorgan and Chase, Microsoft, Verizon and Visa.

Apple has long been an ideal candidate for inclusion in the Dow Jones Industrial Average, although its above-$700 share price before splitting 7-for-1 last year would have inflated the price-weighted index. The stock split brought the price of Apple shares down to around the $100 mark, making it a more suitable option to be included in Dow Jones.

HobeSoundDarryl
The DOW is supposed to be a representative barometer of the whole stock market based upon a relatively tiny 30-stock basket. I don't see how adding one of the top stocks and top-performing stocks contributes to that generally representative objective. This would be like having rich, old white guys elected to a government as solid representations of all Americans.

Great for AAPL and AAPL shareholders but this looks like choosing bias for the bulls over relevance (representative of the performance of all stocks). Think about it. Do you think AAPL performance remotely mirrors the performance of all stocks? I know Powerball makes a lot more money when the numbers go toward or exceed records. Maybe the DOW is playing a variation of that game? If they would adopt the top 30 best-performing stocks, the index would be likely to run to records year after year. But don't they lose the "representative" aspect at the root of what the DOW is supposed to be?
Score: 6 Votes (Like | Disagree)

The Dow Jones Industrial Average provides a price-weighted average of 30 significant stocks traded on the New York Stock Exchange and the Nasdaq, which offers valuable insight into how the stock market is performing at any given time. Other members of the Dow Jones include American Express, Boeing, Chevron, Coca-Cola, Disney, Exxon Mobil, Goldman Sachs, IBM, Intel, JPMorgan and Chase, Microsoft, Verizon and Visa.

Actually it does no such thing. The DJIA is an antique that survives from the days of adding machines. It is representative of very little and provides insight into nothing, really.

Exactly, the worlds most valuable company should be included in the Dow Jones, actually it's weird that it took this long?

Because it's arbitrary. Always has been. Always will be.
Score: 5 Votes (Like | Disagree)

Now how about the Wendy's girl? :p

I think AT&T got dropped because of that insanely annoying girl in the wireless store commercials. 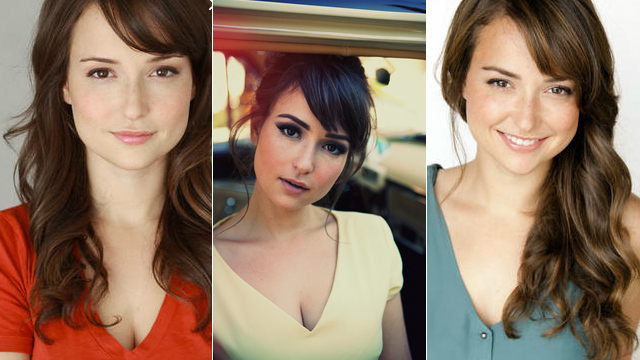 it's amazing really that all this revenue is from just one product, iPhone. everything else apple does is small change..

Mmmm, I wouldn't go that far. The iPhone does account for the vast amount of revenue, but according to their most recent annual filing in October 2014 the sales looked roughly like this:

Since non-iPhone products account for $74,706* or roughly 40.9% of their revenue I certainly wouldn't call it a "small change." I would want more portfolio diversity instead of banking nearly 60% on the iPhone, but they can't fully control that.

That was the initial intent, but it long ago abandoned that ideal for one that promotes growth to attract businesses. The only reason why Apple is on their is because of the growth and ability to have the Dow break records.
Score: 4 Votes (Like | Disagree)
Read All Comments

Friday July 23, 2021 8:07 am PDT by Sami Fathi
Yesterday, DigiTimes claimed that the upcoming iPad mini will feature a mini-LED display, but now, display analyst Ross Young is going at odds with that report, claiming that while the updated iPad mini continues to be on track for a release this year, it won't feature a mini-LED display. Young says he "confirmed" with Radiant Opto-Electronics, who DigiTimes claims would provide Apple with...
Read Full Article • 63 comments