This morning, Apple's stock underwent a 7-for-1 split, awarding 6 additional shares to each shareholder of record at 5PM PDT on Friday. Simultaneously, the price of the stock has been divided by 7 and should open around $92 after closing on Friday at $645. 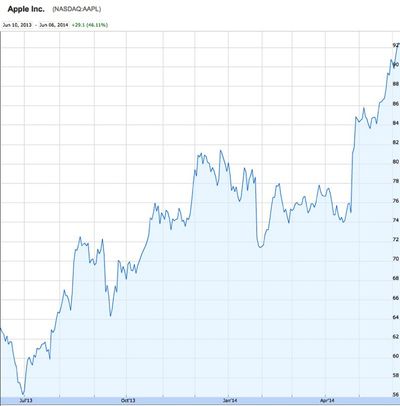 Apple's stock has split on three previous occasions, on a 2-for-1 basis, in 1987, 2000 and 2005. Apple has said that it wanted to make its stock "more accessible" to a wider variety of customers, but Apple could also be aiming for inclusion in the Dow Jones Industrial Average index. The Dow is price-weighted, meaning Apple's previous stock price of nearly $700 would have resulted in an significant reweighting of the index and a $92 would put it in the right price range for inclusion.

As the most valuable publicly traded company in the world, with a market cap of more than $550 billion, Apple could be a logical addition for the index. It would join a number of other high-tech companies listed including Cisco, IBM, Intel, Microsoft, AT&T and Verizon.

dannyyankou
Google doesn't know how to handle this. 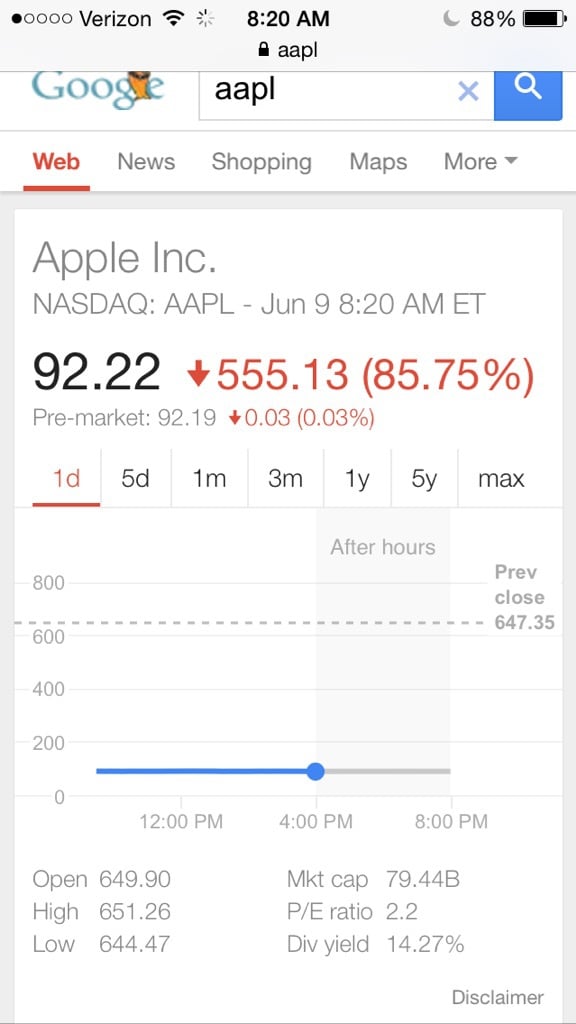 Google doesn't know how to handle this.


In Google's defence, Google does not know how to handle many things.
Score: 24 Votes (Like | Disagree)

nfl46
I'm sure some stockholder woke up this morning, saw Apple stock so low and completely freaked out! :eek: Lol.
Score: 13 Votes (Like | Disagree)