According to Click's creators, the adapter is a spring bar that will attach to a watchband, which will then fit into the Apple Watch's grooves, much like one of Apple's own watch bands. It appears to use the pin that comes with an existing watchband rather than shipping with one of its own.

Click takes advantage of the sliding and locking mechanism on both sides of the watch to hold the adapter in place just like one of Apple's watchbands. Click allows customers to truly personalize the Apple Watch to match their style and at a fraction of the cost of Apple's Watchbands.

Click is currently in the prototype stage with only 3D printed versions of the adapter available to show off, but the team behind Click is planning to introduce it via a crowdfunding campaign on Kickstarter in the next two weeks. 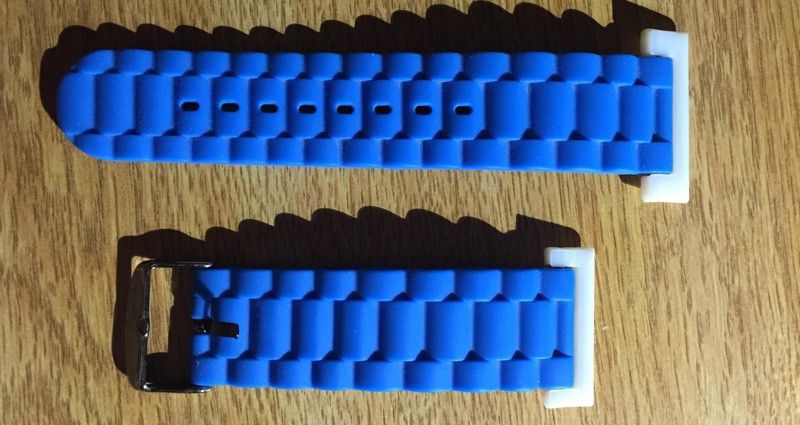 It's possible, however, that Click will never make it out of the prototype phase and into the hands of consumers. Click is not the first Apple Watch watchband adapter as it claims to be, but the second. Earlier this year, a designer introduced a crowdfunding campaign for another strap adapter designed for the Apple Watch. The campaign was shut down shortly after it launched, presumably by Apple, in an effort to prevent people from circumventing the specific design aesthetic the company has in mind for the Apple Watch.

Apple's distaste for adapters that will allow the Apple Watch to be used with any watch band is not surprising given the amount of work that went into developing the six custom bands for the Apple Watch: the Link Bracelet, the Sport Band, the Leather Loop, the Modern Buckle, the Classic Buckle, and the Milanese Loop. Jony Ive has called the Apple Watch "one of the most difficult projects" he's ever worked on, and in multiple interviews, he's detailed the extensive amount of time that the company put into design of the Apple Watch. 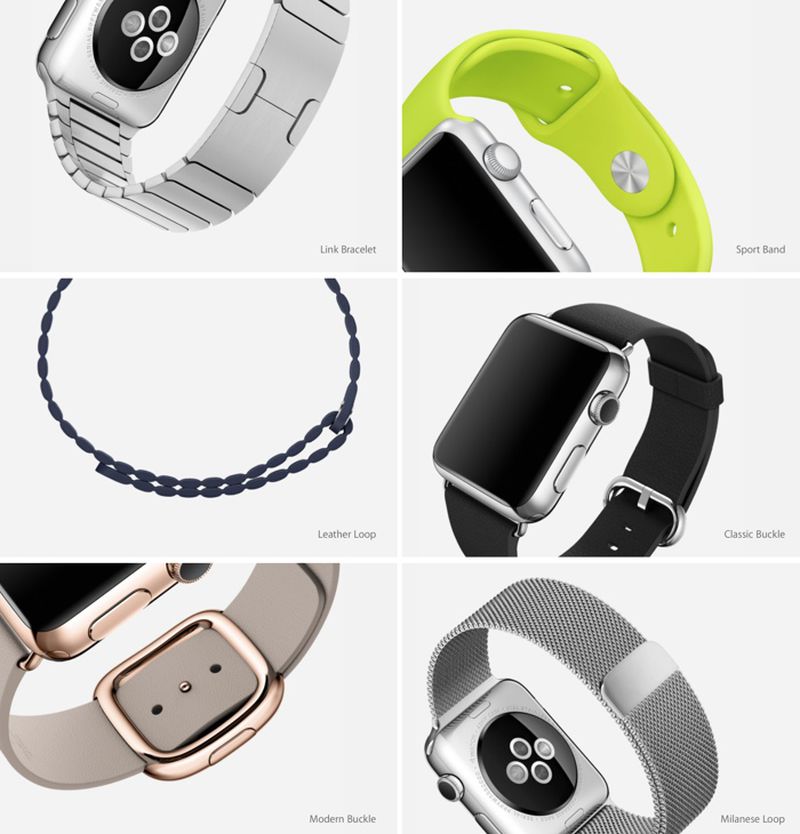 It's possible Apple will relax its stance on third-party Apple Watch bands and adapters in the future, and it's even likely that the company will form partnerships or design guidelines for those wishing to create bands for the device, but at this early stage, Apple likely wants to keep a tight rein on the bands the watch is worn with given its position as the company's first fashion accessory.

lewisd25
Guys, I'm sure that the white plastic is just a very rough representation of the attachment mechanism. No one outside of Apple has had a chance to see the mechanism up close to see how it is engineered. I would assume that the final design would be made of stainless steel and conform to the Apple Watch's design...
Rating: 35 Votes

shadowbird423
I can say for a fact that half of you have never prototyped anything. Or read an article.
Rating: 29 Votes

because it is a 3d printed prototype...they are going to manufacture anything until you can actually hold the watch in your hands.


People would have had to read the article to know that. It's "look-at-pictures-and-post" around here.
Rating: 20 Votes

saintforlife
There is nothing Apple can do to prevent 3rd party accesory makers from coming out with $5-10 bands for the Apple Watch. It's happening whether they like it or not.....just like the thousands of case makers for the iPhone. It is a whole industry in itself.
Rating: 12 Votes

Mac Fly (film)
Click aims to uglify any nice watch bands you may have. And to hidify your new Watch.
Rating: 12 Votes

looks cheap and ugly....no thanks.


because it is a 3d printed prototype...they are going to manufacture anything until you can actually hold the watch in your hands.
Rating: 10 Votes


Agree. Words that sprung to mind.