Apple has been rejecting a number of apps with screenshots that depict violence or guns from being released or updated on the App Store, as reported by Pocket Gamer. As a result, developers have been forced to modify their app screenshots to either completely remove or blur any violent materials in order to get through the approval process. 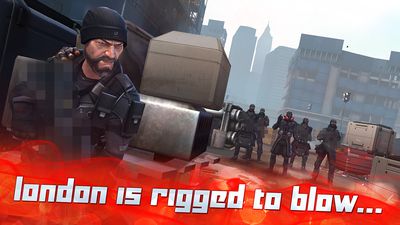 Tempo [Direct Link] screenshot with a blurred gun to adhere to Apple's guidelines
Apple has long required developers to ensure all front-facing App Store materials are appropriate for children, although it has been more aggressively enforcing its stance against violent screenshots in recent weeks. Earlier today, Instapaper developer Marco Arment pointed towards language in the App Store Review Guidelines that clearly spells out Apple's kid-friendly requirements.

"The App Store has parental controls and requires all apps to bear age-appropriate content ratings. While violence, etc. has always been permitted in apps, Apple has always required that all app metadata — title, description, icon, and screenshots — be kid-proof with the lowest rating. [...] It’s right there in the rules: 3.6 Apps with App icons, screenshots, and previews that do not adhere to the 4+ age rating will be rejected"

Despite cracking down on violent imagery, Apple told The Loop that it is being more liberal as of late in terms of what images and screenshots it permits to be shown on the App Store.

"I spoke with Apple about this today and they told me the company is being more liberal lately with what it allows in the App Store for images and screenshots. I don’t know the specifics of individual games, but overall, Apple is being more lenient of late."

Nevertheless, it is clear that Apple has been quite inconsistent with enforcing its App Store review guidelines over the years. Look no further than Modern Combat 4: Zero Hour [Direct Link], which heavily features violence in its promotional images. Developers have expressed frustration over strict guidelines since the App Store launched in 2008, but Apple remains committed to exercising fine-tuned control over the storefront to ensure the best experience possible for all users.

"We're really trying our best to create the best platform in the world for you to express your talents and make a living too. If it sounds like we're control freaks, well, maybe it's because we're so committed to our users and making sure they have a quality experience with our products. Just like almost all of you are, too."

The tighter enforcement comes on the heels of Apple increasing the maximum app size from 2GB to 4GB. Developers that have apps rejected for sensitive content are permitted to resubmit for approval after making the necessary changes. 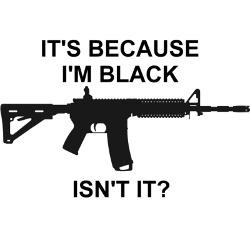 AnsonX10
So now guns are violent to look at?
Score: 19 Votes (Like | Disagree)

Dargoth
It's getting a bit ridiculous. I want to see a statistic about all the lives that guns save, or all the lives that could have been saved, if someone had a gun, as in the many school shootings around the country lately, but I know I'm not going to find it, because, as we all know, guns are scary... :rolleyes: This kind of thing boggles the mind.
Score: 17 Votes (Like | Disagree)

I suppose they could make screenshots that substitute bananas for guns. :confused:


No sir. Bananas are too gun-like. Plus, someone might get hurt if they slip on the banana peel. They should probably be banned from schools.
Score: 15 Votes (Like | Disagree)