Apple today announced on its Chinese retail website that it will be opening its brand new store in Tianjin, China this Saturday, February 7. 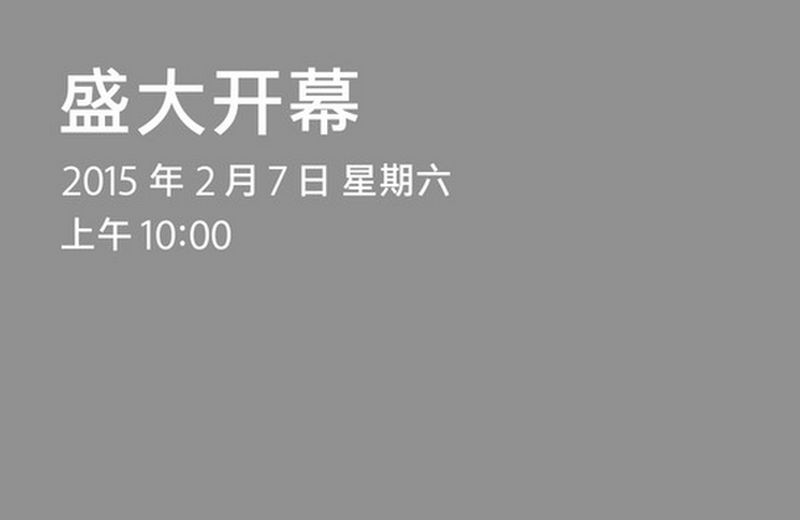 The store will be located within the Nankai District and follows Apple's other recently opened locations in Zhengzhou, Hangzhou, and Chongqing.

Last month, Apple retail chief Angela Ahrendts noted that Apple would be opening five new retail stores in five weeks to coincide with the Chinese New Year. The Tianjin store is the fourth store in that rollout, as Apple has also boosted its advertising efforts in the region by releasing a new version of its ad "The Song" for the Chinese market. After the five stores are opened, Apple would have 20 locations in China and Hong Kong with an ultimate goal of 40 stores in China over the next few years.

corvustheraven
I have been to the Apple stores in Beijing, Shanghai and Chengdu in China, and every time I've gone, they have been PACKED. Like you can't even hardly walk through the store. Apple products have become status symbols, so they sell like hotcakes in China.

I remember a story from a few years ago where a man in China sold his kidney so he could buy an iPad. I wonder how he felt when the new one came out later on. He'll be a torso on dialysis pretty soon.
Rating: 1 Votes

uffdan
Finally, the people who make the phones will be able to buy them!
Rating: 1 Votes
[ Read All Comments ]