Apple is continuing its behind-the-scenes work on the upcoming iOS 8.1.3 update, and as of yesterday, retail employees that have been testing the software received a second iOS 8.1.3 beta, build 12B466, which is six builds newer than the previous seed they received on Wednesday, January 7.

Last week, we speculated that the iOS 8.1.3 beta was close to release due to the fact that it was shared with quite a few retail employees, but it appears there are still bugs that Apple is working on fixing before it provides the 8.1.3 update to the public. MacRumors continues to see an uptick in the number of visits received from devices running iOS 8.1.3, and while we expect the update will be released to the public in the next week or two, it is not clear exactly when a launch could come.

Overall visitors to MacRumors.com from devices running iOS 8.1.3
According to our source, iOS 8.1.3 appears to contain only under-the-hood bug fixes with no readily apparent visual changes to the operating system. Apple has not provided employees with release notes.

With iOS 8.1.2 and iOS 8.1.3 positioned as minor updates, Apple has opted not to share the software with developers ahead of its release, instead testing the updates in house. Testing the iOS 8.1.3 update with retail employees is a new move for Apple, as it marks the first time retail workers have been invited to participate in the testing of an iOS beta. Retail employees have been involved in the beta testing of OS X for years.

Apple may have avoided seeding the iOS 8.1.2 and 8.1.3 betas to developers in order to focus developer testing on iOS 8.2, which is currently on its fourth beta. iOS 8.2 is a major update that is expected to be released alongside the Apple Watch in the spring months.

As we mentioned last week, along with iOS 8.1.3 and iOS 8.2, our site metrics indicate that a small number of Apple employees in Cupertino are also working on iOS 9, the successor to iOS 8 that we expect will be previewed in the summer and released in the fall alongside new iPhones.

An iOS 8.3 update that was also observed in testing months ago has declined in activity according to our web logs, with visits from devices running it having peaked in late November and not rebounding significantly in the new year following the holiday lull.

What does that represent? An increase from 1 tester to 5 testers?

Why does MacRumors have to post these unlabeled charts/graphs?

If you think their chart gives a lot of info, just check out this one:

Did you see that? Some bars are bigger! How much bigger? EXACTLY!

Wait a minute, we just got more data in: 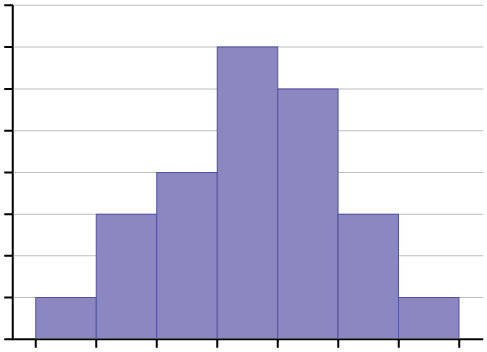 See that? It went up by some amount, then went down. Change! Big change? Little change? I'll let you decide that for yourself!
Score: 37 Votes (Like | Disagree)

How many visits does the chart above show? 5? Why not label it with something.

What does that represent? An increase from 1 tester to 5 testers?

Why does MacRumors have to post these unlabeled charts/graphs?


Here is the answer to that question from the previous 8.1.3 thread. WildCowboy is one of the site administrators/editors.

We don't want to share exact numbers, primarily for competitive reasons. But the total number of hits from iOS 8.1.3 devices now numbers in the thousands...does that help? :)

ahlsn
Seems like they actually stepping up their quality assurance with coming releases. Good move!
Score: 10 Votes (Like | Disagree)

Razeus
Depending on how this turns out fixing long standing issues, this may be my last dance with the iPhone. I pay too much money to have a phone with these kinds of bugs. If I was on a cheap Android phone, I would understand, but not for $850 device.

How can this be the "most advanced mobile OS" when the screen rotation doesn't work consistently, the music app skips as I switch between apps, custom keyboards don't work if I reply from the lock screen, apps don't appear in the search query? :confused:
Score: 7 Votes (Like | Disagree)

Since this is Beta, if something does go wrong and you are using your main iCloud account, how can you revert back? It's not like there is a Time Machine backup to fix iOS catastrophic crash. Or is there?

I'm still amazed by how many people run betas who aren't qualified to run them. I often run betas, and I occasionally get hosed by them. But I can revert to the last backup I made before upgrading to the beta, because I (think I) know what I'm doing. :)
Score: 6 Votes (Like | Disagree)
Read All Comments