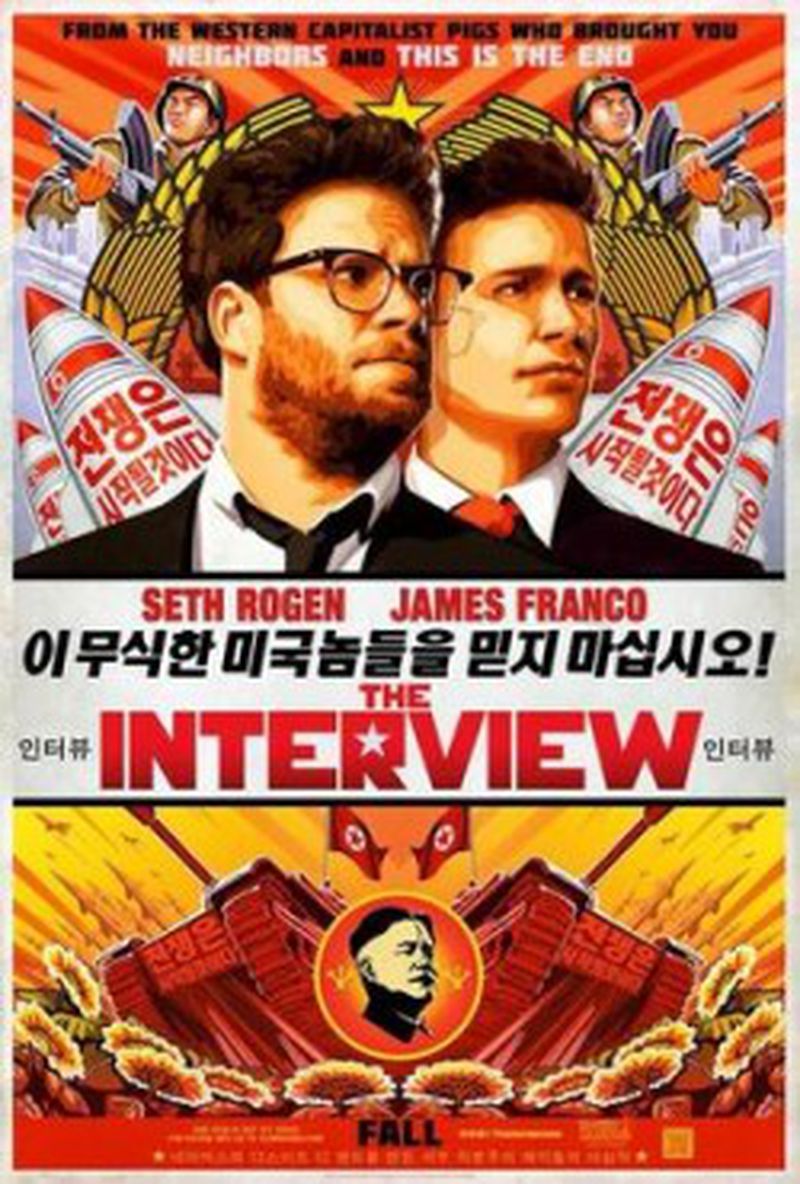 Sony Pictures recently attempted to enter talks with Apple over distributing its highly-anticipated film "The Interview" on iTunes, reports The New York Times. The report notes that Apple showed no interest in the offer, which came shortly after Sony Pictures announced that it would be canceling the wide theatrical release of the movie after being threatened by hackers.

It remained unclear, however, whether any on-demand service would take "The Interview." According to people briefed on the matter, Sony had in recent days asked the White House for help in lining up a single technology partner — Apple, which operates iTunes — but the tech company was not interested, at least not on a speedy time table. An Apple spokesman declined to comment.

Sony announced yesterday that it would be showing "The Interview" at select independent cinemas, with Sony Entertainment Chairman and CEO Michael Lynton noting that the company is "continuing our efforts to secure more platforms and more theaters so that this movie reaches the largest possible audience.”

The movie has been the subject of controversy throughout the later half of 2014, as it depicts two journalists attempting to assassinate North Korean leader Kim Jong-un under the guidance of the CIA. The hacking of Sony Pictures and the movie's cancellation prompted widespread reaction, with U.S. President Barack Obama calling the latter move a "mistake."

Tankmaze
Meh. To my opinion Apple should take sony offer, with the publicity around this film,
it could very well made some good income for itunes.
Score: 50 Votes (Like | Disagree)

Ammanas
What about the pirate bay ?
Score: 35 Votes (Like | Disagree)

The whole thing reeks of a publicity stunt. There are plenty of reasons why it wasn't and couldn't have been the DPRK hacking Sony.


So.... to drum up hype for a single movie... Sony decided to leak their own private emails and other personal info from their employees?

Couldn't they have built hype without harming themselves and others?

Real information got leaked and caused real damage. Former employees are now suing Sony. Relationships will most likely be severed between Sony and some actors. If I was an actor/director/producer... I'd think twice about working for Sony now. Irreparable harm will be done to Sony.

Besides... Sony released 20 films this year and brought in over a billion dollars in theaters. Did they really need a publicity stunt for a silly Seth Rogen and James Franco comedy?
Score: 30 Votes (Like | Disagree)

Jsameds
What's funny is that when this film leaks, 10 or 100x more people will now watch it than if nothing had happened at all.

All the hack did was publicise it. I guess North Korea has never heard of The Streisand Effect.