It's widely known by now that Apple and GT Advanced's sapphire partnership fell apart after the latter company was unable to produce enough high-quality sapphire to meet Apple's production needs, but The Wall Street Journal has taken a deeper look into GT Advanced's failures and its defective sapphire boules, which ultimately led the company to file for bankruptcy.

GT Advanced COO Daniel Squiller suggested in a court affidavit that Apple had essentially forced the company into a contract with "oppressive and burdensome" terms that made it impossible for GT Advanced to produce quality sapphire and meet deadlines, but the profile from The Wall Street Journal, largely sourced from Apple's court filings, paints a different picture, putting much of the fault on GT Advanced's mismanagement.

The partnership between the two companies may have been doomed from the start, as GT Advanced had little experience mass producing sapphire before it inked a deal with Apple. A first attempt at a 578 pound sapphire boule was reportedly "flawed and unusable," while another was "cracked so badly" the sapphire was unusable. More than half of the sapphire boules that took $20,000 and 30 days to produce ended up in a "boule graveyard."

According to employees that spoke to The Wall Street Journal, an effort to hire enough staff to operate the sapphire furnaces led to management problems as there were employees who had little to do.

GT quickly set out to hire 700 staffers. Hiring moved so quickly that at one point in late spring, more than 100 recent hires didn't know who they reported to, a former manager said. Two other former workers said there was no attendance policy, which led to an unusual number of sick days.

GT managers in the spring authorized unlimited overtime to fill furnaces materials to grow sapphire. But GT hadn't built enough furnaces yet, so many workers had nothing to do, two former employees said.

"We just kept sweeping the floors over and over," one of the former employees said. "I just saw money flying out the door."

As the months passed and GT Advanced failed to meet necessary production milestones in a timely manner, it became clear that Apple was not going to use sapphire in the iPhone 6. According to court documents, while Apple was going in an alternate route for iPhone 6 and 6 Plus displays, GT Advanced was burning through money, spending $248 million in a single quarter. As described by GT Advanced COO Daniel Squiller, the deal ended up causing GT to "divert an inordinate amount of its cash and corporate resources" into the Mesa, Arizona facility.

Apple ended up withholding a final $139 million loan payment from GT Advanced, furthering its financial woes, and though Apple attempted to lend aid in the form of a partial payment and delayed loan repayments, GT advanced opted to file for Chapter 11 Bankruptcy protection in order to get out of its contracts after it "could not economically produce a product that Apple would accept."

Apple and GT Advanced reached an agreement to officially end their partnership in October, nullifying the terms of the original deal. GT Advanced has already begun shutting down sapphire production at the Mesa, Arizona plant and will decommission and sell its sapphire furnaces in order to repay the loan from Apple.

More on what went wrong with GT Advanced's sapphire production and images of some of the broken and cracked sapphire boules can be seen in The Wall Street Journal's original story.

Apple and GT Advanced's sapphire partnership may have been doomed from the start because GT Advanced had no experience with mass producing sapphire before it inked a deal with Apple. Its first attempt at a large 578 pound sapphire boule, created just before the deal was finalized, was reportedly "flawed and unusable."

That said, Apple clearly had a backup plan to use the standard gorilla glass on the 6/6+ and executed it when GT didn't deliver. Good planning on that front likely saved the year (what happens when you have millions of phones ready to go and no covers?).
Score: 25 Votes (Like | Disagree)

That said, Apple clearly had a backup plan to use the standard gorilla glass on the 6/6+ and executed it when GT didn't deliver. Good planning on that front likely saved the year (what happens when you have millions of phones ready to go and no covers?).


Why would any of that be Apple's responsibility? They gave a small company a huge opportunity but they didn't take it seriously enough and totally blew it.
Score: 15 Votes (Like | Disagree)

That said, Apple clearly had a backup plan to use the standard gorilla glass on the 6/6+ and executed it when GT didn't deliver. Good planning on that front likely saved the year (what happens when you have millions of phones ready to go and no covers?).


Which is exactly why Apple put the terms that they did into the contract.
Score: 14 Votes (Like | Disagree) 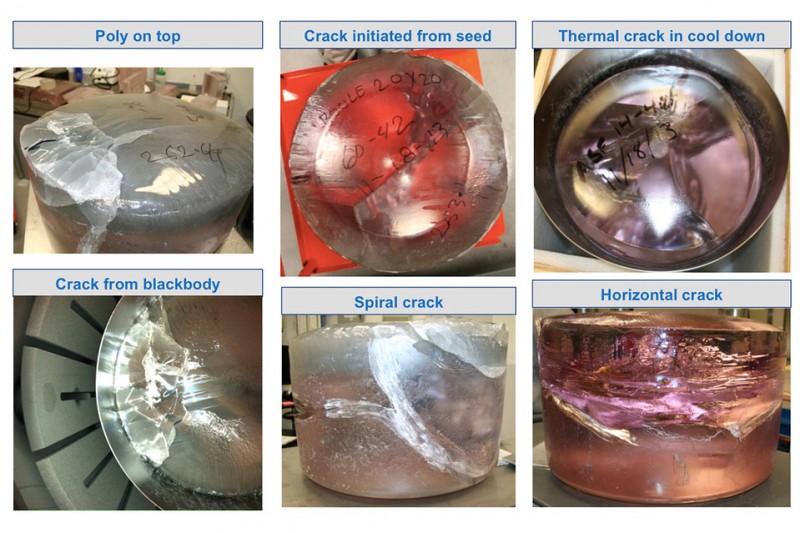 Oh, yeah, you're supposed to make sure there are no frogs in the aluminum prior to heating. Easy mistake.
Score: 6 Votes (Like | Disagree)

japanime
What a bunch of boule!
Score: 5 Votes (Like | Disagree)
Read All Comments