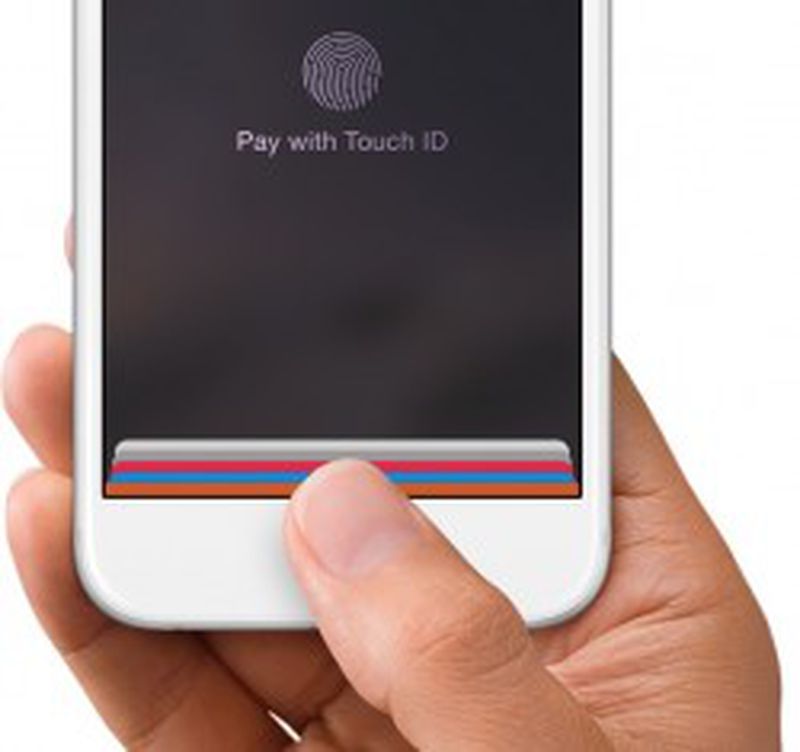 Following a second round of banks adding support for the Apple Pay mobile payments service last week, Regions Bank today began allowing its cards to be added to the service. The bank has reportedly emailed customers about the new support and MacRumors readers have been successfully adding their cards to Apple Pay.

Apple has also updated its list of participating issuers to include Regions, noting that personal credit and debit cards as well as small business credit cards and prepaid cards from the bank are supported at this time.

Regions Banks is based in Birmingham, Alabama and primarily serves the Southeast, Midwest, and Texas with over 1700 branches and 2400 ATMs.

While the number of supporting banks currently numbers a little over a dozen, Apple announced at its media event last month that it has over 500 banks signed on for Apple Pay. Many of the largest banks in the United States are already supporting the service, and the remainder of those signed on will continue rolling out support over time.


Hmmmm... I thought the benefit is that it is a safe way to pay versus regular credit/debit cards. (one-time tokens, retailers don't get your credit card number and other personal information, etc)

I never thought Apple Pay was designed so that you could leave your entire wallet at home.

Koodauw
I wonder what the possibility of small local banks adding Applepay is. I would love to use Applepay with my debit card, but my bank and all 5 of its location probably wont be offering it anytime soon.
Rating: 5 Votes

ayale99
Here's the setup process so far for the Regions Check Card.

1. Enter the card into Passbook. No problem.
2. Passbook says that you have to call an 800 number to verify the card with Regions.
3. The 800 number doesn't have an option to verify for Apple Pay
4. Call 1-800-Regions. No relevant option and can't get to a real person
5. Call local branch. They have no idea what Apple Pay is and give you a different 800 number
6. Currently on hold while the first representative transfers me to a different representative.
7. Waiting...

It would be nice if Bank's like Regions let ALL of their representatives know what Apple Pay is and how it works before they make the announcement to the public.


Update: The first representative came back after 10 minutes and said there is an extended hold time for the second representative.

Status: Card not verified after 25 minutes of attempting.
Rating: 2 Votes

The use of extreme examples to prove a point is called reductio ad absurdum. It's a logical fallacy.

Anyway, none of the actual points I've raised are being addressed, so perhaps it's best to just call it quits.


As I've said before, insert the word of your choice, its all fine by me.

As far as your points being addressed...As far as everything I've seen with consumers, banks and credit card companies alike, have had nothing but intense interest in Apple Pay. All three of my banks have already advertised Apple Pay, even at the very early stages.

While you bring up small banks and financial institutions might not be onboard with it. I've heard nothing about this and would be interested in it myself if it has any legitimacy. But other then mentioning Apple PR, I'm not sure how you came up with that conclusion like that other then the smaller banks not adopting it yet.
Rating: 1 Votes

Where's the Visa/Mastercard "coming soon" list? I'm dying to find out if some of Regions competitors are on the list, because if not, I may be switching banks

I can't find the MasterCard one at the moment... but there is a list similar to the Visa list.
Rating: 1 Votes

I certainly haven't read anything that says small banks are avoiding Apple Pay.

And overseas, the percentage that Apple reportedly wants, is too large for many banks whose fees are even more limited than in the US.
Rating: 1 Votes

PR is PR. It's designed to build up expectations, realistic or otherwise, and should always be taken that way. I'm surprised neither of you have figured that out yet, or maybe you believe Apple is so completely different in this way that you never have to look at the difference between their PR and what is actually happening.

I should not need to explain what I do or don't "believe" any further. My point is made. You either can decide to respond to it, or not. So far, it would appear not.


Let's sum up your argument here.

"Apple says they've come to terms with 500 banks which will soon be rolling out. This is just PR. PR is only meant to draw hype. Therefore I won't believe Apple really has 500 banks on board until it actually happens because Apple may be lying about the 500 banks. If you think otherwise, you are either stupid, oblivious, or Apple fanboys who think Apple is different from all other companies. On the other hand, I don't need to explain why I believe what I believe."

Did I miss anything?
Rating: 1 Votes

I didn't "disregard" anything. I know what the PR says. I just said I'd believe it when it actually happens. All PR gets the same treatment from me.


If Apple had the reputation of lying in their press releases... then yeah I'd be cautious.

But I don't think they're known for that.

Tim Cook said 500 new banks have signed up... and they also issued a press release saying the same thing.

What exactly do you not believe?

Do you think that number is too high? Maybe only 100 banks have signed up?

Apple says a lot of things in their announcements and press releases. Apple said the iPhone 6 would launch on September 19th. Luckily it did.

But did you not believe that would happen?
Rating: 1 Votes

Used to be a Regions customer and switched to a local bank because Regions was too far across town. Moved to a different part of town, now I'm close to a Regions location... big bummer.

And my local bank isn't listed on Visa or Mastercard's "coming soon" list. When asked by the bank, I was told that they don't have a plan to support Apple Pay or even EMV w/ Chip & Signature!

Where's the Visa/Mastercard "coming soon" list? I'm dying to find out if some of Regions competitors are on the list, because if not, I may be switching banks
Rating: 1 Votes
[ Read All Comments ]