The tablets come equipped with a 180-degree kickstand and the 13-inch Pro model comes equipped with a built-in pico projector that can project an image up to 50 inches on a wall as its defining feature. The tablets and two new two-in-one Yoga laptops have been created by Lenovo in conjunction with Ashton Kutcher, a "product engineer" at the company. Along with serving as one of Lenovo's product engineers, Kutcher also famously starred as Steve Jobs in "Jobs," the biographical movie directed by Joshua Michael Stern. 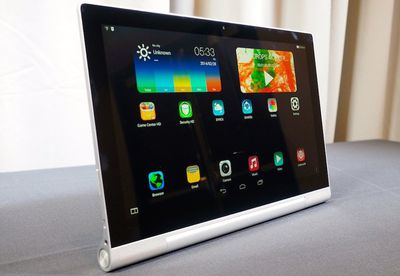 Lenovo Yoga Tablet 2 Pro image courtesy of Engadget
In an interview with The Wall Street Journal, Kutcher sat down to talk about the creation of the Yoga Tablet 2 Pro and give his thoughts on Apple's upcoming iPad lineup. According to Kutcher, he traveled to China to brainstorm a product consumers want. with the aim of making a "great entertainment device."

For that reason, the Pro tablet comes equipped with a subwoofer and an 8-watt speaker, along with a 13-inch screen. "Because people use it in the home, we don't need to create this super portable device," Kutcher said. And with the projector, users don't need to look for an HDMI cord or use AirPlay, because there's a "built-in 50-inch screen."

When asked about the upcoming iPad, Kutcher said he wasn't worried about the competition as it would be unlikely to approach the features found in the Lenovo tablet.

Not at all. I'm not concerned about it in the least bit. Maybe it will be an iPhone Plus Plus. I think Apple has their fingers in a lot of things. We are really focused on this space and this product. I will be really surprised if they launch anything that approaches what we have here.

While Apple is said to be working on a larger 12.9-inch iPad, its upcoming October 16 launch event will focus on new versions of its already existing tablets, the iPad Air and the Retina iPad mini. Rumors have suggested the new iPad Air will receive an updated A8 processor, an improved camera, a gold color option, a new anti-reflective screen, and possibly 2GB of RAM.

Apple's 12.9-inch iPad, meanwhile, is currently on hold with production delayed until Apple can meet demand for the iPhone 6 Plus. Lenovo's smaller Android Yoga tablets are available now, while the larger projector-equipped version will launch later in October.

aajeevlin
After reading the title my first thought was, Wow Lenovo has an engineer named exactly the same as the actor? But then I realized IT IS the actor. I guess anybody can be an engineer these days.

Forget about 4 years of BS + 2 years of MS plus years and years of work experience. Just become a famous enough actor, and they will give you any title for free.

I'm not hating on him in particular, but lately it just seems like if you are famous enough and a tech company is willing to work with you, you will immediately be giving an engineering or a consultant title. Despite the fact you probably have no experience in that area.
Score: 90 Votes (Like | Disagree)

MonstaMash
Reminds me of this 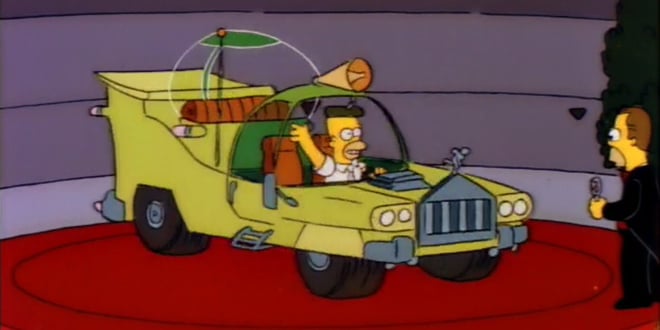 FSMBP
I bet you anything he uses an iPad at home. I've noticed a trend where all these celebrities are endorsing other smartphones/tablets but tend to have iPhones/iPads. I think money for endorsing these products may be a factor...;)
Score: 35 Votes (Like | Disagree)

dealmaker
Sounds like the time they let Homer design his perfect automobile !!
Score: 34 Votes (Like | Disagree)
Read All Comments