While the official reviews of the iPhone 6 and 6 Plus were published several days ago, with the devices now making their way into customers' hands we are starting to see broader first impressions of the larger iPhones. 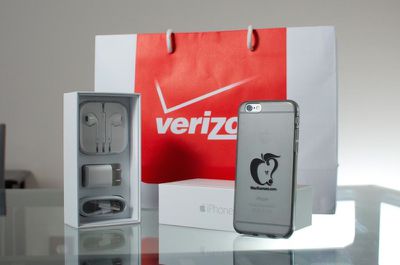 Case from MacRumors giveaway, based on rumored design specs (Photo by @adam_moreno)
Several posters in our forums have highlighted the high-quality "Retina HD" displays on the iPhone 6 and 6 Plus, but have observed that apps yet to be optimized for the larger displays appear "quite blurry" or "'big' and disgusting" due to scaling issues.

Photo by jchiou
Another aspect being noticed by users is the much louder vibration on the iPhone 6 and 6 Plus, something highlighted by John Gruber in his review earlier this week.

Customers are also generally praising the overall look of the new iPhones, calling them "sleek and beautifully made" and "glorious". Those opting for the gold model may notice that it is "a bit more yellow golden" than the gold iPhone 5s.

Gold iPhone 6 (left) vs. gold iPhone 5s (Photo by @horwitz)
As for size, some customers have been concerned about placing orders for the iPhone 6 Plus without having a good idea of just how big the device really is. Reactions now that users are getting their hands on them seem to be mixed, with some saying they "love every inch" of the 5.5-inch display while others have found it too big for their tastes. Some in-store customers were able to compare the two sizes before purchasing, helping make the decision easier.

For ongoing coverage of photos and first impressions, readers are welcome to follow our consolidated thread stickied in our iPhone forum.

keterboy
The new optimized :apple:Vibrate for Her
Score: 15 Votes (Like | Disagree)

Wake me up when iPhone 6s with 2GB of RAM will be announced.

Android spec land is to the left.
Score: 12 Votes (Like | Disagree)

ppdix
I really hate those antennas...