Apple will collect a fee from banks every time consumers use the company's new Apple Pay payments solution, reports Bloomberg. Citing three individuals close to the matter, the report notes that Apple struck individual deals with each bank it has partnered with. Those banks include JPMorgan Chase, Bank of America, Citigroup, and more. 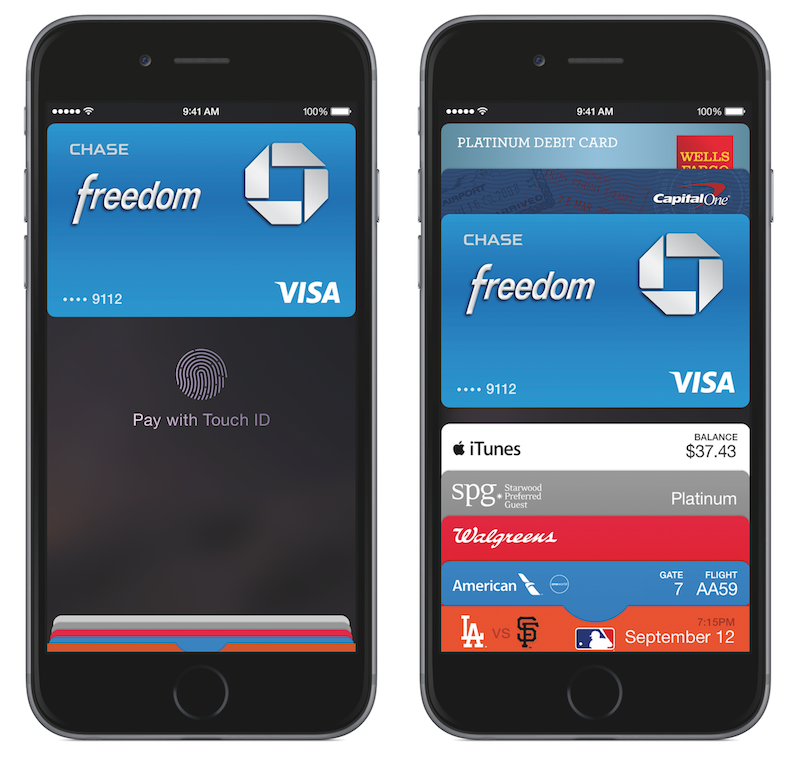 While that gives the tech company a share of the more than $40 billion that banks generate annually from so-called swipe fees, lenders expect to benefit as consumers spend more of their money via mobile phones and other digital devices, the person said.

The sources cited did not specify the exact size of the fee, noting that it could vary or be tied to the value of the purchases made by the consumer. During its announcement today, Apple stated that Apple Pay would be enabled at over 220,000 U.S. merchants including McDonalds, Macy's, Walgreens, Nike, and more. Apple Pay will also be compatible with American Express, Mastercard, and Visa credit and debit cards.

Apple Pay utilizes the Touch ID fingerprint sensor, a new "Secure Element" functionality, and the NFC antenna on the iPhone 6 and iPhone 6 Plus in conjunction with a credit card stored on iTunes to make payments. Apple Pay will also be compatible with the Apple Watch when it launches early next year.

miamialley
I'm switching back from Android in part because I think Apple got mobile payments right with this.
Score: 48 Votes (Like | Disagree)

Jsameds
If there's one thing Apple are good at - it's making money.
Score: 38 Votes (Like | Disagree)

downpour
When Tim was going on about other companies failing because they just try to make money out of these sort of payments, I genuinely thought he was about to announce Apple had created an open standard...

Nope, they are just trying to make money from it, just like those 'bad' people he was describing, LOL. :p
Score: 35 Votes (Like | Disagree)

If there's one thing Apple are good at - it's making money.

sputnikv
That's unprecedentedly huge. I cannot fathom the amount of money this will generate for them.
Score: 28 Votes (Like | Disagree)

The banks will pass that fee onto us customers. I wonder how much this fee will be as we'll be paying it.


Are you currently paying fees to use your debit/cc card?

It's the merchant paying the fees for the convienience of accepting debit/cc cards.

Ever heard of Square? That's just one example.
Score: 26 Votes (Like | Disagree)
Read All Comments

Thursday April 2, 2020 8:10 pm PDT by Joe Rossignol
Another clue has surfaced to suggest that Apple's rumored lower-cost iPhone SE successor will likely be released soon. Earlier today, a product listing for a Belkin screen protector on Apple's online store was updated to reflect compatibility with not only the iPhone 7 and iPhone 8, but also the iPhone SE. Given the original iPhone SE was a 4-inch device, and the iPhone 7 and iPhone 8 are...
Read Full Article • 124 comments