After today's media event saw the introduction of two new iPhones and Apple's first wearable device, members of the press were invited to go hands-on with all of Apple's new products. Several sites are now posting hands-on first impressions of both the new iPhone 6 and iPhone 6 Plus, which we've gathered up below to give users an overall picture of the look and feel of the larger-screened phones.

Jared Nelson from our sister site TouchArcade took a look at both the iPhone 6 and the iPhone 6 Plus. According to Nelson, the 5.5-inch iPhone 6 Plus is actually "manageably large" and the screen is "amazing" for tasks like watching videos, reading texts, and gaming. He says the new Retina Display HD screens look "absolutely incredible" in person.


The Verge says the screen of the 4.7-inch iPhone 6 "looks great" and that the device feels like a "hybrid of iPhone and iPod touch." Though it's bigger, it "doesn't really feel big," and it's "remarkably light and incredibly thin." Sentiments are similar for the larger 5.5-inch iPhone 6 Plus, but the site noted that even the larger version is "much smaller in the hand" than expected, with the rounded edges making it "somewhat easier to hold." 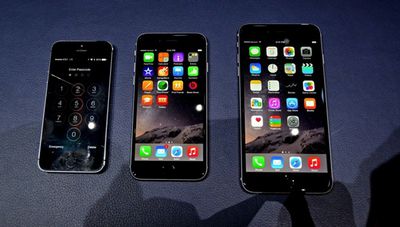 The protruding camera is a indeed a bit strange; I can't help but wish Apple would ease up on its relentless pursuit of thinness in favor of a slightly thicker phone with longer battery life, but like I said, the thinness is what makes the large size manageable.

And that large size is pretty key; this is the phone that's going to force Apple to turn the iPad into a true laptop competitor. I have an iPad mini that will never come out again once I get this phone; I have an iPad Air that will need a better reason to come out than simply the size of its screen.

With it being a brief hands-on, I wasn't able to notice a large enough difference between the two; both looked sharp, clean and had great viewing angles. I'll be able to go into more detail when review units grace my desk, but for now, I'm satisfied enough with the visual quality, and I doubt the difference in pixel density will be a critical factor when choosing between the two sizes.

Gizmodo's first note on the 4.7-inch iPhone 6 is that it "feels like an iPhone." The site was not a fan of the antenna bands on the back, which it says are "not all that pretty," but it did like the Retina HD screen on the device, saying its "brilliant." As for the larger iPhone 6 Plus, Gizmodo called it "HUGE!"

It's amazingly thin, and incredibly solid, but it barely fits into my hand at all. Just see how those fingers struggle to grasp the new iPhone in the picture above.

Combined with those slick, beautifully machined metal edges, now rounded like an iPod touch or iPad mini instead of chamfered, I was honestly scared I would drop and break the giant handset right there in the Apple tent.

Gizmodo also delves into Apple's one-handed mode, which shrinks anything on the phone's screen into thumb's reach with a double tap on the Touch ID home button.

But if you do want to use it one-handed, then boy does Apple have a smart solution for that. Double-tap the Touch ID sensor (don't press it, I learned the hard way) from LITERALLY ANYWHERE in the entire iPhone interface, including the homescreen, and everything on the top half of the phone's screen, every icon, will shrink down to put itself within your thumb's easy reach.

Apple's iPhone 6 and iPhone 6 Plus have nearly identical specifications. Aside from the difference in screen size, the larger iPhone has a longer battery life and optical image stabilization to differentiate it. It also comes with a $100 price premium.

Zellio
So in the end, Apple steals the HTC One M8 design and makes it uglier? 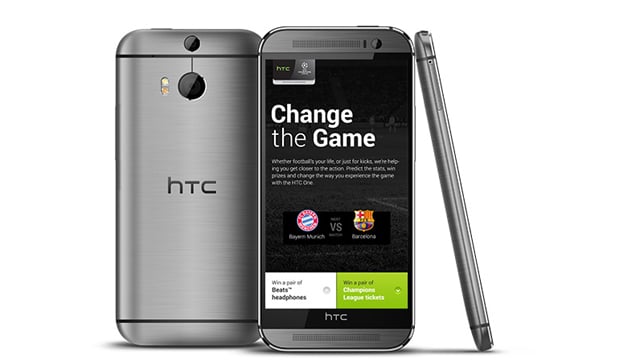 First time I think having an android/windows phone that is better looking then the iPhone..
Score: 42 Votes (Like | Disagree)

That 6+ looks like an iPad Mini. SMH I will never understand why someone needs a phone that large. Get a tablet.

Not even close to iPad Mini size. Don't imagine it larger than it is. Here's a comparison that should clearly illustrate how much smaller it is than a mini: https://www.dropbox.com/sh/ufzp4gowu1sa6xb/AADVfpM7--3jbq-i20B52eXOa?dl=0

Why I want a "phone" that large? First, I hardly ever use the phone part. So I really want a bigger-screen-but-still-pocketable computer that happens to also have phone functionality for the occasional times I need to take or make a call. Personally, I see this as an iPad Mini Mini- all of the great features of the iPad in a pocketable size… with a bonus of full iPhone Phone functionality too. Instead of owning an iPhone AND an iPad Mini, I'm hoping this hits the ideal middle ground and kills 2 birds with one stone.
Score: 39 Votes (Like | Disagree)

Pulpdiction
Still banging out 16GB phones - this is some shameful ***** apple
Score: 24 Votes (Like | Disagree)

trekkie604
lol I think the 6+ looks insanley huge. Here's a crude comparison I made with my SGS5 - 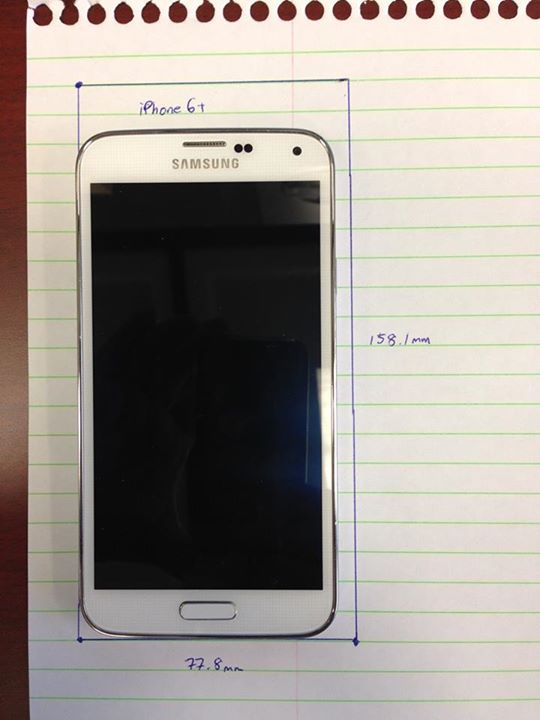 same 8MP camera, same 5element lens design, no 4K video, finally 60fps in 1080p, not even voice activate shutter (which is extremely useful) - same 720p front camera, just waiting for all the new features to be implemented in iPhone 7 - business 101 as usual for apple.


Anyone who knows anything about video would tell you that 4K video with a small sensor and lens is for idiots. The fact you even mention it proves you have no clue.
Score: 14 Votes (Like | Disagree)
Read All Comments

Friday November 25, 2022 4:40 am PST by Mitchel Broussard
Black Friday is winding down for 2022, but many Apple products are still seeing major discounts. In this article, you'll find every Apple device with a notable Black Friday sale. We'll be updating as prices change and new deals arrive, so be sure to keep an eye out if you don't see the sale you're looking for yet. Note: MacRumors is an affiliate partner with some of these vendors. When you...
Read Full Article • 31 comments