Sunday August 31, 2014 9:36 am PDT by Eric Slivka
Apple's rumored mobile payments initiative appears to be coming closer to launch, with Re/code reporting the company has reached a deal to partner with American Express.

Apple has reached an agreement with American Express to work together on its new iPhone payments system, according to sources familiar with the talks. American Express is one of several partners Apple will need to sign up before it can launch its new payments plan, which sources say it plans to announce at its September 9 product event.

Apple was previously reported to have been in negotiations with Visa over the effort, which is said to leverage the upcoming iPhone 6. Just days ago, a logic board leak revealed the near field communications (NFC) chip destined for the iPhone 6 and which will presumably play an important role in enabling the mobile payments functionality. 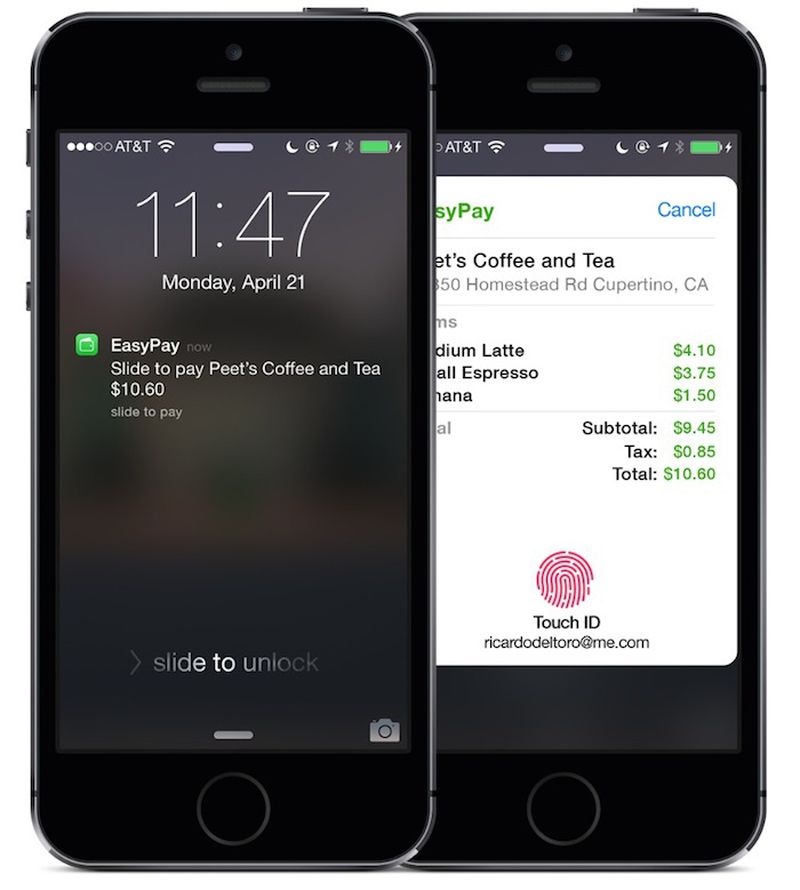 With Apple's extensive database of credit card numbers linked to iTunes Store accounts and new security technology such as Touch ID built into the iPhone, the company is strongly positioned to leverage those assets for widespread adoption of mobile payments. The effort naturally requires partnerships with credit card processors and retailers, but the pieces do appear to be falling into place just ahead of next week's media event.

Update 5:19 PM: A new report from Bloomberg claims Apple will be teaming with Visa and MasterCard in addition to American Express for its mobile payments initiative, which will be unveiled at Apple's media event on September 9.

bushido
people in Germany have yet to adopt to credit cards let alone mobile payments lolol.

TimWillz
I hope Apple doesn't take very long to role this out further than America. Still waiting for iTunes Radio in the UK...
Rating: 23 Votes

Wow you don't have an iPhone 6?! You're so far behind! Oh wait, nobody here does
Rating: 22 Votes


Not for everyone. I personally buy everything on a credit card because it's a secure way to buy things, if the card is stolen you can refuse the charge and the credit card company can help you recover the funds. If you pay off your credit card every month many earn you rewards. For people who are responsible with money credit cards are great.
Rating: 17 Votes


I understand why you say this, but they're a tool to be used wisely. I had a boss that said this:

AMEX rocks. All I carry.
Good partnership indeed, was hoping for this.


As a business owner, I am not too fond of amex. They charge on average a higher percentage than Visa or MC, and payments take twice as long to post to our account.
Rating: 13 Votes

What is this Canada you speak off?

AEdouard
hope they'll have a deal with Visa soon too. Amex is much less useful in Canada.
Rating: 8 Votes