Yesterday, we shared a video and some photos from Feld & Volk [Instagram page] apparently showing a 4.7-inch iPhone 6 built from parts actually booting to the "Connect to iTunes" recovery mode screen.

A Tweet today from developer Steven Troughton-Smith points out that the graphics shown on the display during this booting process "*seem* to confirm" John Gruber's arguments in favor of the device being equipped with a 1334 x 750 display at the same 326 pixels per inch density of previous Retina displays. More specifically, the evidence points toward an approximately 667 x 375 point display, which would presumably arrive in the form of a 2x Retina display at 1334 x 750 as Gruber suggests.

Sparked by Troughton-Smith's observation, we have independently examined photos of the booting device provided to us by Feld & Volk and come to the same conclusion. 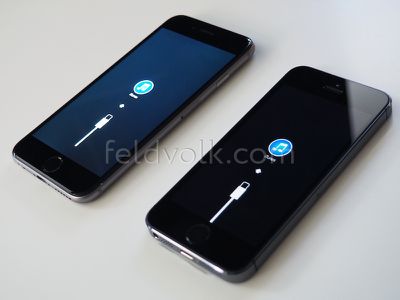 iPhone 6 (left) and iPhone 5s (right) shown booting to recovery mode. Letterboxing on iPhone 6 visible below Lightning cable.
The method relies on the fact that the "Connect to iTunes" image does not completely fill the display on the iPhone 6, with the Lightning cable ending above the bottom edge of the screen whereas on current iPhones it extends all the way to the edge. Assuming this "letterboxing" is due to the image not being optimized for the larger iPhone 6 display, it would correspond to the image filling an area equivalent to a 4-inch screen centered on the device's 4.7-inch display.

This would account for the margin of black seen between the cable and the bottom of the display, and measuring the ratio of the space (plus a presumed equal one at the top) to the overall display size should yield an approximation of how much larger the viewable area is in points on the iPhone 6.

4.7-inch iPhone 6 display showing apparent letterboxed areas (red) with image optimized for 4-inch display (blue)
(Click for larger)
By our calculations, the border areas not covered by the image together suggest that the iPhone 6 display carries approximately 17.5% more points in the vertical dimension than a current 4-inch display. This would move the current 568-point height of the iPhone 6 (1136 pixels at 2x Retina) to 667 points (1334 pixels assuming 2x Retina) on the iPhone 6.

Assuming the aspect ratio of the screen remains the same as in the iPhone 5s, which by all indications it does, this would mean a 667 x 375 point (1334 x 750 pixels Retina) display for the iPhone 6. Performing the calculation in the horizontal dimension is more difficult due to nature of the recovery mode image, with no portion of the visible graphics extending to the side edge of the overall image to determine how much letterboxing space is on the sides.

Some observers have questioned the legitimacy of the video given the unfamiliar gear icon at initial startup and the blue iTunes logo that does not match the new red logo used on iOS 8, but Troughton-Smith notes the device is likely simply running Apple's BurnIn tool rather than full iOS 7 or 8.

This analysis obviously addresses only the 4.7-inch iPhone 6 that Feld & Volk has acquired parts for. Gruber suggests the 5.5-inch iPhone 6 will likely contain a 2208 x 1242 display at a sharper 3x factor than the current 2x Retina. As pointed out by developer James Thomson and 9to5Mac, the current iOS 8 beta is indeed showing some behavior indicating a preference for displaying 3x images when available.

I think I'll be able to GIVE the keynote on the 9th at this rate!


reading macrumours around this time is like tearing open a corner of your christmas presents to see what your getting and then crying on christmas day because theres no magic feeling inside
Score: 33 Votes (Like | Disagree)

a barely better than 720p screen, 1GB ram, crappy battery capacity - wow, I thought these leaks are for a windows mobile phone!


The screen quality on the 5s is amazing.
1GB of RAM on a PHONE is enough.
Battery life, well you can't comment on that until you've used it properly.

To me, all of your points are invalid.
Score: 30 Votes (Like | Disagree)

I think I can speak for 'most' intelligent Apple supporters by saying that we don't make our Apple purchases based on screen size, amount of RAM, battery capacity or any other ridiculous spec you like to throw out. We own and buy Apple products because we appreciate the careful thought put into the design, materials and craftsmanship of their products. When we spend our hard earned money on an Apple product we feel confident that we haven't wasted our money on a poorly designed, poorly executed product. Feel free to 'label' as zealots, fanboys, lemmings or flat out 'dumb' if that helps to somehow make you feel better about yourself, but we really don't care what you think because having a smaller screen, less RAM or lower capacity battery in our smartphones doesn't make us feel inferior to the rest of the worlds smartphone population. :apple:
Score: 25 Votes (Like | Disagree)

I think I'll be able to GIVE the keynote on the 9th at this rate!

That made me laugh because its true.

Most people forget that the general public has no idea about this and so on Sept 9 (just like every year) their are going to be so many post on MacRumors Forums of people disappointed by the announcement saying "we already knew that" and "is that it?" and the classic "Apple is doomed" 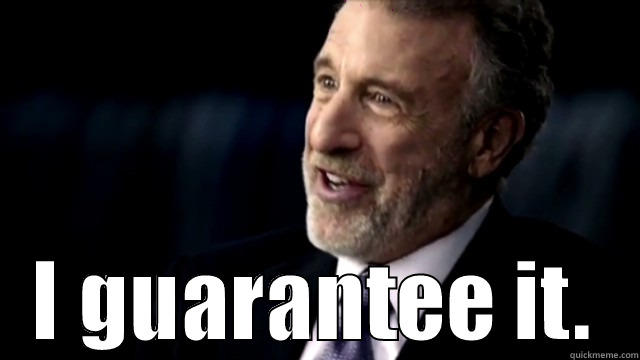 Anti-Lucifer
a barely better than 720p screen, 1GB ram, crappy battery capacity - wow, I thought these leaks are for a windows mobile phone!
Score: 22 Votes (Like | Disagree)
Read All Comments