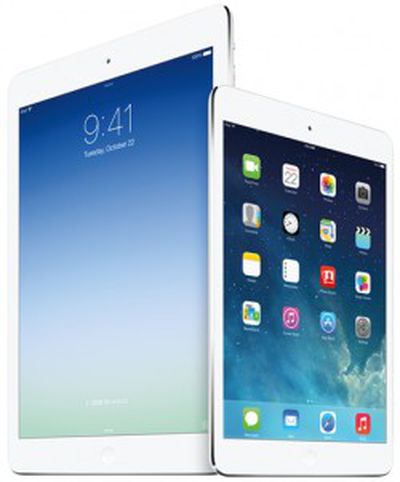 After almost removing itself from the Electronic Product Environmental Assessment Tool (EPEAT) registry two years ago, Apple is now leading the charge into the program's new Tablets/Slates category.

In a blog post announcing the new category earlier this week, Green Electronics Council CEO Robert Frisbee hailed the early inclusion of more than 100 tablets without mentioning that essentially all of them were Apple products.

We are pleased at Participating Manufacturers’ enthusiasm to register these new products. In less than one week more than 100 slates/tablets have been registered in EPEAT, and we expect to see many more in the weeks and months to come. These products are an exciting addition to EPEAT and an important step into reducing the environmental impacts of a major new product type. We are confident the new products are leaders in their category.

Apple has a bit of a rocky history with EPEAT, notifying the environmental assessment service in 2012 that it was withdrawing its products from the registry. At the time, Apple cited "changes in its design direction which were no longer consistent with the EPEAT requirements" as the reason for this removal request.

Apple quickly reversed its decision after businesses, municipalities and other Apple customers publicly decried the withdrawal decision. EPEAT also responded with a pledge to work with Apple and possibly adapt its judging standards to be more compatible with the company's cutting edge product designs.

Apple's product lineup is now represented in several EPEAT categories, including desktops, notebooks, displays, integrated desktop computers, and tablets/slates. The company has earned a gold star rating for all of its eligible products, including its difficult-to-repair MacBook Pro with Retina display. This controversial gold rating has prompted some groups to accuse EPEAT of lowering its standards in order to include Apple on the list.


What more should they do?
Score: 16 Votes (Like | Disagree)


Make products that are repairable and upgradable, not disposable.
Score: 11 Votes (Like | Disagree)

The Mac Pro is. It's unreasonable to expect super thin devices like a tablet to be upgradable.

Face it, Apple will always get criticism from people like them, no matter what they do.
Score: 6 Votes (Like | Disagree)

Sounds more like a knee jerk reaction. What specifically can they do more? I'm not that knowledgeable in this area so any information you provide will be helpful. From the article they seem to be doing a lot, but you thing its not enough - why?
Score: 6 Votes (Like | Disagree)

Make products that are repairable and upgradable, not disposable.


The Mac Pro is. It's unreasonable to expect super thin devices like a tablet to be upgradable.
Score: 5 Votes (Like | Disagree)
Read All Comments