Several leaked photos in recent days have suggested Apple may be looking to move to a reversible USB connector for its next-generation Lightning cables, making it easier for users to plug the cables into their computers, chargers, and other equipment with standard USB ports.

Apple isn't the only company with this technology, however, so it is unclear exactly how this situation will play out given that Apple's patent application was only assigned to an examiner ten days ago. A California company by the name of UltraTek already holds a patent for the reversible connector and is selling cables through major online retailers. 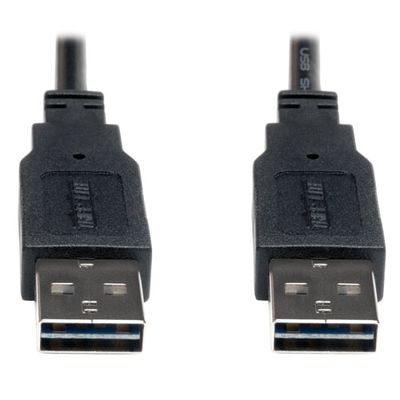 UltraTek first filed a patent application for its "User-Friendly USB Connector" technology in 2009 and was awarded the patent by the U.S. Patent and Trademark Office in 2010. In the patent, the company describes a cable with two sets of conductive contact pins that allow it to be inserted into a USB port in either orientation.

More than just a patent, UltraTek is marketing its reversible cable under the brand name, Flipper, with distribution through TrippLite. Different configurations of the reversible USB cables can be purchased through retailers such as Newegg, TigerDirect and others for less than $10.

1st World Problems: Can't put the effort to see if you're plugging in the USB correctly... :rolleyes:

Yeah, I cannot wait for MacRumors to finally get back to reporting on plague and famine.


Most people get it right on the third attempt.

I'm confused as to how Apple's patent got approved when there was already a company selling the product?
Score: 14 Votes (Like | Disagree)

autrefois
I have to say that UltraTek has sunk to a new low. Some companies patent ideas with no plans to implement them just so they can demand royalties or sue later.

They did all of this just so that they could milk money out of Apple later. Man, they've really taken patent trolling to the extreme!

That actually happens a lot to me and others I know. And sure, it may not be a lot of time that a new connector saves, but why should we put up with this in the first place when it's technically perfectly feasible to build a reversible one? Also, it's really not about the time, it is about the unnecessary frustration. I swear, there's at least one person on this planet that's dead because of this.
Score: 8 Votes (Like | Disagree)


i know its a 50 - 50 chance of getting it in the correct way but i always seemed to get the wrong side. I will welcome this new version with open arms.
Score: 8 Votes (Like | Disagree)


Yes... Lots of people have trouble with it. When its dark is almost impossible. :D
Score: 8 Votes (Like | Disagree)
Read All Comments