The challenge asks people to pour buckets of ice water over their heads (documented on film and shared on social media sites) and then tag three friends to do the same. Friends unwilling to complete the challenge are asked to donate money towards ALS, but as noted by The Verge, many participants have chosen to participate and donate money to the cause.

According to Instagram and Twitter photos, Tim Cook had a bucket of ice water dumped on him at Apple's Cupertino campus this afternoon during the company's bi-weekly beer bash while Vanilla Ice's Ice Ice Baby played in the background. Cook was first challenged yesterday by Apple marketing chief Phil Schiller, who completed the challenge himself. 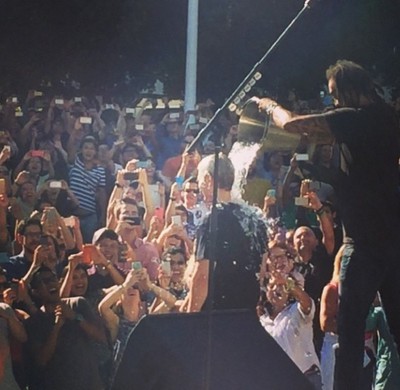 Image courtesy of Instagram user world_of_possibilities
Schiller, who dumped a bucket of ice water over his own head at a beach in Half Moon Bay, also challenged actor Chris O'Donnell and his wife Kim. Cook has gone on to challenge Apple board member Bob Iger, musician Michael Franti, and Beats co-founder Dr. Dre.

Phil Schiller takes the challenge
Many notable celebrities and tech industry leaders have completed the ice bucket challenge in recent weeks, including Facebook founder Mark Zuckerberg and Microsoft CEO Satya Nadella. As of August 12, the challenge has raised more than $4 million in donations.

Update: Apple has posted a full video of Cook and Franti taking the challenge.

Thunderstrike76
This is the one time it's ok to say Steve Jobs would have never done this #
Score: 36 Votes (Like | Disagree)

mistasopz
You call it ice bucket challenge. In Canada I call it morning shower.
Score: 27 Votes (Like | Disagree) 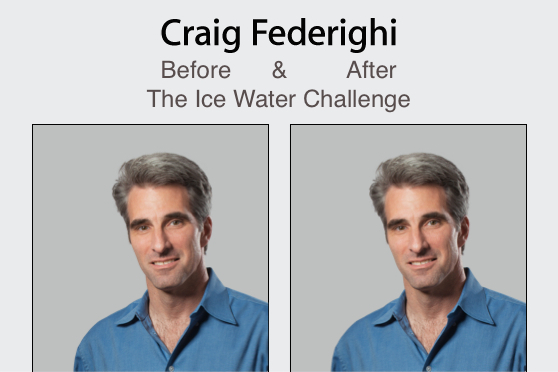 I find the picture of Tim Cook rather sad. So many of the assembled Apple employees are taking exactly the same picture/video of him with their iPhones. Nobody actually just stands there and experiences the event.

Totally dude. All those smiles, laughs etc are proof that no one "experienced" the event. Glorified photographers. Probably a stunt to sell more iphones eh? :rolleyes:

Here is a tip - stop being a downer. Be happy. Dont be doom n gloom.

Do I also get world wide attention if i dump a bucket of ice over my head? Jeez, this thing is silly!

*thinking about the thousands of women, childrens and men that have to die unnecessarely and nobody gives a damn and no celebrity performs some crazy stunt for them*

Sigh. See my tip above.
According to you, ALS is not worthy of attention. Guess these people suffer necessarily based on your outlook. Raising awareness for one disease does not mean others dont matter.
But you probably know that and instead prefer to troll.
Score: 23 Votes (Like | Disagree)
Read All Comments