Details discussed during a recent earnings conference call by Apple supplier TPK Holdings suggest the production of the iWatch is behind schedule, reports UDN via GforGames. According to earlier rumors, the iWatch may debut in late 2014 with the latest report claiming it will launch alongside the 5.5-inch iPhone 6.

Based on reports from Asian sources, TPK executives spent a portion of the company's Q3 2014 earning conference call explaining why it sees poorer than expected financial projections for the current quarter. TPK is allegedly supplying Apple with flexible displays that use silver nanowire touch screen technology for inclusion in the iWatch wearable. 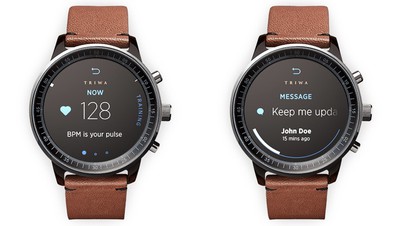 iWatch concept based on TRIWA's Havana Nevil Brown watch, by Gábor Balogh
Though the iWatch was not mentioned in the call, pundits believe TPK's shortfall is the result of a slip in the production schedule for the iWatch, which had been expected to be in production and contributing to TPK's bottom line during the third quarter. Now, the company is projecting an increase in profits during Q4 2014, suggesting the iWatch rollout may be slated for closer to the end of this year.

At an investor conference Thursday, TPK forecast flat quarterly growth, or at best a 5 percent sequential increase, of its consolidated sales for the third quarter, citing decisions by its customers to postpone the launch of their new products. [...]

Sales growth, however, could pick up in September, TPK said, forecasting a break-even operating margin in the third quarter on higher operating costs.

This late start in production may result in Apple shipping fewer iWatch units than expected in 2014, claims analysts at CSLA, a leading Asian investment banking and asset management firm. Instead of shipping 20 million iWatch units by the end of the year, Apple may only be able to deliver a significantly smaller 6 million units. It is unknown if this lowered estimate will translate into a shortage of the device at launch.

Grolubao
Best line up of products in the last 25 years my ass!
Score: 13 Votes (Like | Disagree)

nagromme
TPK, a company rumored to exist and rumored to work with rumored US tech company Apple, is alleged to be mentioned--in supposed blog GforGames, according to hints suggested by another possibly-existing web site UDN--as being a rumored supplier for a rumored-to-exist iWatch product (not depicted in these speculative concept images) or some other possible product, whose rumored schedule is rumored to have slipped due to rumored issues with hypothetical flexible displays rumored to use a rumored new touch technology which is speculated to have problems that Apple is rumored to be surprised by, as apparently reported by sources familiar with the potentially real web site MacRumors.
Score: 12 Votes (Like | Disagree)

Orlandoech
And Apple analyzers received indicators that indicate indications are coming to the indicator.
Score: 12 Votes (Like | Disagree)

Populism
I am very disappointed Apple will be late in releasing something hasn't been announced and may not ever exist.

And Apple analyzers received indicators that indicate indications are coming to the indicator. 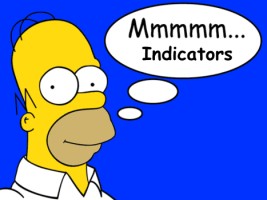 taptic
After analyzing the situation thoroughly, I predict that Apple will do whatever it wants to do in secret.
Score: 5 Votes (Like | Disagree)
Read All Comments