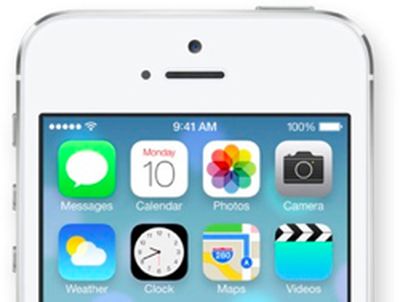 Zdziarski confirms that iOS is reasonably secure from attack by a malicious hacker, but notes that the mobile OS includes several forensic services and noticeable design omissions that make the OS vulnerable to snooping by forensic tools.

These services, such as "lockdownd," "pcapd" and "mobile.file_relay," can bypass encrypted backups to obtain data and can be utilized via USB, Wi-Fi and possibly cellular. They also are not documented by Apple and are not developer or carrier tools as they access personal data that would be not used for network testing or app debugging purposes.

While detailing these backdoors, Zdziarski makes it clear he is not a conspiracy theorist, but does want to know why Apple appears to be deliberately compromising the security of the iPhone and opening the door to professional, covert data access.

I am not suggesting some grand conspiracy; there are, however, some services running in iOS that shouldn’t be there, that were intentionally added by Apple as part of the firmware, and that bypass backup encryption while copying more of your personal data than ever should come off the phone for the average consumer. I think at the very least, this warrants an explanation and disclosure to the some 600 million customers out there running iOS devices. At the same time, this is NOT a zero day and NOT some widespread security emergency. My paranoia level is tweaked, but not going crazy. My hope is that Apple will correct the problem. Nothing less, nothing more. I want these services off my phone. They don’t belong there.

Zdziarski also notes that he isn't the only one aware of these backdoors. Several existing forensic software companies, such as Cellebrite and Elcomsoft, are already exploiting them as part of the forensic services they provide to law enforcement.

Consumers who want to limit access to these backdoor services are advised by Zdziarski to enable a complex passcode in iOS and use the enterprise Apple Configurator application to set Mobile Device Management (MDM) restrictions and enable Pair locking which will delete all pairing records. This solution will block third-party forensic software, but won't protect the device contents if it is sent to Apple for analysis.

We have designed iOS so that its diagnostic functions do not compromise user privacy and security, but still provides needed information to enterprise IT departments, developers, and Apple for troubleshooting technical issues. A user must have unlocked their device and agreed to trust another computer before that computer is able to access this limited diagnostic data. The user must agree to share this information, and data is never transferred without their consent.

As we have said before, Apple has never worked with any government agency from any country to create a backdoor in any of our products or services.

There is no reason to believe Apple would ever do anything to deliberately compromise the security of our data. Apple is the one company that strives to do everything to protect us and our privacy from prying eyes.

I don't understand why people get so worked up about this sort of thing.

Those backdoors are there for your protection. They are put there for the exclusive use of the governments who we democratically elected. i.e.: the good guys.

We should all stop being so suspicious, and learn to fully trust the NSA and GCHQ. These guys are serious, trained professionals - not spotty nerds who are out to steal credit card numbers or pictures of your girlfriend!

As long as these backdoors are secure (and surely they are!), then we have nothing to fear.

Yes, and we should all follow the state issued curfews and hand in our sharp kitchen utensils without resistance. It's for our own protection.

I have two things to say:
1 - If there's a backdoor for governments, there's a backdoor. It's not a matter of if but when the bad guys find out how to get in through it.
2 - What makes you think that the US election system produces good guys that care about you? We have two parties in control of the entire system. They decide who you can vote for. They make sure that if their person wins, the policies in the best interest of the party are implemented. The system doesn't produce the results that are best for the typical citizen - it produces the results that are best for the parties, and neither of them give a crap about your or me or any other typical citizen.
Score: 51 Votes (Like | Disagree)

There is no reason to believe Apple would ever do anything to deliberately compromise the security of our data. Apple is the one company that strives to do everything to protect us and our privacy from prying eyes.

elev8d
Yeah. No thanks. Get this crap off my phone.
Score: 46 Votes (Like | Disagree)

If the information from this article is true, it's actually quite scary.
It's like selling a TV with a built-in, hidden webcam that can peer into your private life without you knowing it.
Score: 40 Votes (Like | Disagree)

<if article was about Google/Android> thread burns
Score: 36 Votes (Like | Disagree)
Read All Comments