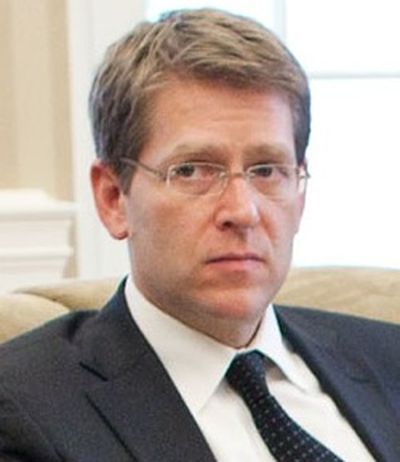 Former White House Press Secretary Jay Carney is one of the candidates being considered to replace Katie Cotton as Apple's new PR head, reports Re/code. In a piece on Uber, Re/code's Kara Swisher suggests that Carney's name is "being bandied about" for the position.

Carney served as White House Press Secretary from 2011 until June of 2014, when he officially resigned. Prior to that, Carney served as director of communications for Vice President Joe Biden and before that, he was the Washington bureau chief for Time magazine.

Katie Cotton, who was Apple's VP of worldwide corporate communications before retiring back in May, served for more than 20 years under both Steve Jobs and Tim Cook. Cotton was known for being fiercely protective of Apple executives, serving as the gatekeeper for media access and keeping a tight rein on the company's PR operations.

Since Cotton's retirement, Apple has been actively searching for her replacement. Tim Cook is reportedly overseeing the search and hoping to find an external candidate with a "friendly, more approachable face" to replace Cotton as the company strives for greater openness under its new leadership.

Update July 15, 8:35 AM: According to The Loop's Jim Dalrymple, Carney is not under consideration for Apple's PR chief role, and has never even met Apple CEO Tim Cook.

Update July 19, 1:43 PM: : Bloomberg is now reporting that Carney is discussing the PR job with Apple, citing a friend of the former White House press secretary. The source also notes that Carney "hasn't made up his mind."

Tim Cook is reportedly overseeing the search and hoping to find an external candidate with a "friendly, more approachable face" to replace Cotton as the company strives for greater openness under its new leadership.


Oh, yeah, from "The Most Transparent Administration... EVAH!"

Robert.Walter
Please don't do it Tim!

A doofus D.C. retread known for selling spin and obfuscation from an deeply incompetent administration is not the kind of experience or "talent" that Apple requires.

If hired, will bring a negative halo to the company as the John Browett of PR.

Macboy Pro
Holy cow, that would be the worst move by any company in history. Jay Carney has ZERO credibility. I wouldn't hire him to mow my grass let alone represent my company. There is NO WAY this is true.
Score: 51 Votes (Like | Disagree)

Rogifan
Is it April fools in July? Seriously Tim? Why would you have anyone involved in government on the short list? There has to be better candidates for your PR chief than a political hack. Pretty soon Apple's executive ranks will be full of former Obama staffers. :o
Score: 51 Votes (Like | Disagree)

dermeister
He has a Baghdad Bob quality to him.
Score: 41 Votes (Like | Disagree)
Read All Comments