Katie Cotton is retiring from her position as VP of worldwide corporate communications at Apple, reports Recode. Cotton has worked in Apple's public relations department for almost twenty years, serving under both Steve Jobs and Tim Cook.

“Katie has given her all to this company for over 18 years,” Apple spokesman Steve Dowling said in a statement. “She has wanted to spend time with her children for some time now. We are really going to miss her.”

Cotton has confirmed her retirement, saying it was an extremely difficult decision to make as "Apple is a part of my heart."

Cotton is known for having been fiercely protective of Apple executives, particularly Steve Jobs, serving as gatekeeper for all media access and shepherding executives through their formal and informal meetings with the press. Given Apple's penchant for secrecy, Cotton has long been tasked with keeping a tight rein on the company's PR operations, managing Apple's image and contributing to the company's presentations.

NachoGrande
who ever took her headshot should be fired. :eek:

Edit: To quell all of the people that for some reason said my comments were sexist. Even though I didn't mention her gender or looks at all :rolleyes:

Why this picture is bad:

1. It's a forced smile any good photographer can get a person to show their true relaxed smile and or look. Believe me I suffer from the same problem

2. It's shot upward just a tiny bit, which is never flattering.

3. The picture is too hard, too small of an aperture, or over processing. it should have been shot wide open 5.6 or 2.8 maybe even 1.2/1.8
4. ^ which is why there is some type of motion blur or focusing issues around the eyes. can't figure out what is wrong, but something is off
5. She's smiling in one direction and looking in another. Some simple composition could fix that.
6. I'd think that Apple would have better photographers at their disposal.

For the record she looks pretty to me, just poorly photographed.
Score: 62 Votes (Like | Disagree)


The success of the headshot has little to do w/ her looks. It's a poor photo.
Score: 24 Votes (Like | Disagree)

dannyyankou
Although it's not an official headshot, this is far worse. 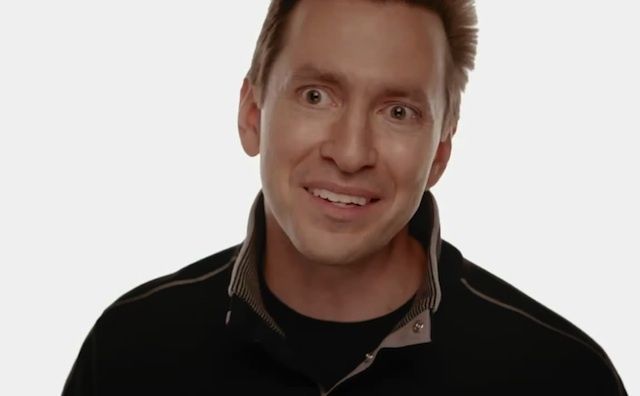 WardC
It's a trend at Apple... 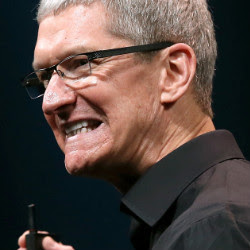 SmileyBlast!
It must be a tough decision to go to work every day when you are a millionaire and don't really have to work for a living any more.
Score: 14 Votes (Like | Disagree)
Read All Comments

Saturday April 17, 2021 4:43 am PDT by Sami Fathi
Reliable leaker known as l0vetodream has hinted that Apple may debut its rumored redesigned and colorful iMac at its "Spring Loaded" event on Tuesday, April 20. In a tweet, the leaker posted an image of Apple's logo used for marketing the upcoming event and an image of the retro rainbow Apple logo alongside the colorful lineup of G3 iMacs. Apple leaker Jon Prosser previously reported that...
Read Full Article • 201 comments

Thursday April 15, 2021 1:30 am PDT by Sami Fathi
Bloomberg's highly-respected Mark Gurman says that he expects nothing "particularly innovative" or "extraordinary" to launch at Apple's "Spring Loaded" event next week, Tuesday, April 20. Gurman made the remarks during an interview for Bloomberg Technology, in which he reaffirmed that Apple will launch a new 11-inch and 12.9-inch iPad Pro, with the higher-end model featuring a brand new...
Read Full Article • 214 comments

Saturday April 17, 2021 6:00 am PDT by MacRumors Staff
It feels like we've been waiting forever for new Apple products, but the wait is almost over as Apple has announced a media event for next Tuesday, so make sure to tune into MacRumors for full coverage of everything Apple announces. While that was the big news this week, we also got some new details on Apple's iPhone plans for 2022 and 2023 courtesy of analyst Ming-Chi Kuo, and we also saw...
Read Full Article • 8 comments

Friday April 16, 2021 1:53 am PDT by Sami Fathi
Information and alleged CADs of the upcoming iPhone 13 series, shared in a video from EverythingApplePro, indicates that Apple plans to make this year's iPhone camera module significantly bigger, likely to make way for larger sensors and sensor-shift stabilization. According to the CADs shared in the video, the iPhone 13 mini, Pro, and Pro Max camera module will all be a "perfect square."...
Read Full Article • 82 comments