Today marks the sixth anniversary of the App Store, which first debuted on July 10, 2008 in an iTunes update. App Store access came to original iPhone and the new iPhone 3G the next day with the July 11 introduction of iOS 2.0.

Since its introduction, the App Store has grown by leaps and bounds. As of June 2014, the App Store had seen 75 billion total app downloads, a massive number compared to the 1 billion apps downloaded milestone Apple hit in 2009. Apple is seeing 300 million visitors to the App Store per week. To date, Apple has paid out more than $15 billion to app developers, and in 2013, App Store sales topped $10 billion.

According to app tracking site AppShopper, 1.7 million total apps have been approved, with 1,188,063 apps available for download (a number also confirmed by Apple during WWDC). One million of those are iPhone apps, while nearly 600,000 are for the iPad. There are also a total of 20,801 Mac apps, a solid number given the fact that the Mac App Store has only been around since 2011.

In celebration of Apple's sixth App Store anniversary, several developers are offering steep discounts on popular apps. Some of the best deals can be found below:

To find even more apps on sale, make sure to check out AppShopper.com, which keeps track of all App Store changes, including price drops.

With iOS 8, set to be launched to the public later this year, Apple will offer several App Store improvements, including a new "Explore" tab to make it easier to discover content, improved searches, app bundles, and integrated beta testing.

ctdonath
Of those 1.2M apps available, about 75% are "zombies" with no activity and no [sensible] way to discover them.
Score: 7 Votes (Like | Disagree)

Discounted apps? What is this, the Google Play Store? No thanks. :apple:

The App Store has always had discounted apps, either by Apple or by the developer.
Score: 6 Votes (Like | Disagree)

What was the first developer app in the app store???

Razeus
Many of those apps need to be cleared out and deleted. How about sharing apps that are still in active development. I have apps from the early days that still show up that haven't been updated in years. These are inflated numbers.
Score: 3 Votes (Like | Disagree)

SandPebble
I don't see anything I need.
Score: 2 Votes (Like | Disagree)

I'm confused. You are showing the logo for the "Mac App Store" (a separate application introduced as part of the Snow Leopard 10.6.6 Upgrade), not the App Store for iDevices that is part of iTunes. The two are different beasts.


Nope, this is the Mac version: 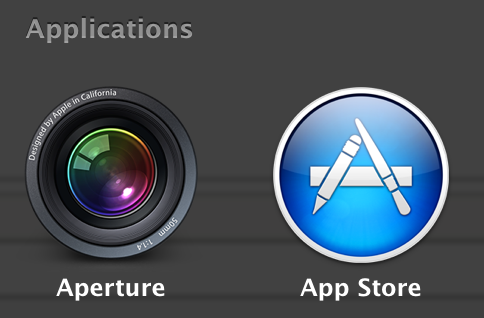