Apple Building its Own Speech Recognition Team to Power Siri

Earlier this month, The Wall Street Journal claimed that Nuance, which is responsible for the technology behind Apple's virtual assistant Siri, was in talks with Samsung Electronics about a possible acquisition. Now, a new report from Wired states that Apple is forming its own in-house speech recognition team to power the next-generation of Siri.

“Apple is not hiring only in the managerial level, but hiring also people on the team-leading level and the researcher level,” says Abdel-rahman Mohamed, a postdoctoral researcher at the University of Toronto, who was courted by Apple. “They’re building a very strong team for speech recognition research.”

Throughout the past few years, Apple has hired a number of high-level speech researchers in Nuance, including former vice president of research Larry Gillick. A number of those researchers are working at Apple's office in Boston, which was also rumored last year to be working on an in-house Siri solution that moves away from Nuance's technologies.

While the forthcoming version of Siri in iOS 8 still features the same technology provided by Nuance, it is possible that Apple could debut its own in-house voice recognition solution in a future version of iOS. Siri in iOS 8 will feature a number enhancements, including hands-free "Hey Siri" voice activation, music recognition by way of Shazam, streaming voice recognition, and more. Apple will launch iOS 8 this fall.

haruhiko
Siri should be offline. It shouldn't rely on Nuance's servers.
Score: 15 Votes (Like | Disagree)

AngerDanger
Ah, cool, the one feature I've wanted most for Siri is the ability to work. 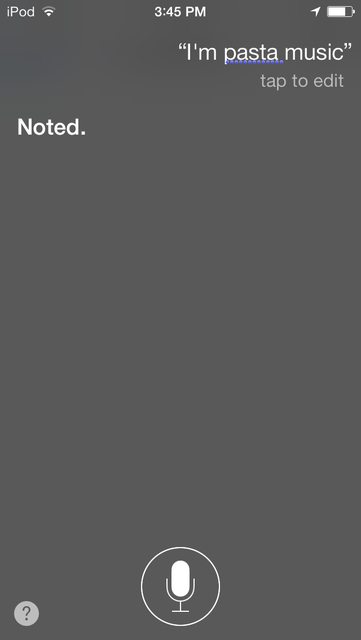 HiRez
Ugh...seems like a bit of a late scramble, not good. Did Samsung pull the rug out from under them and they weren't ready for it? Not the type of thing you can throw together at the last minute, I hope this isn't going to be the Maps debacle all over again.
Score: 12 Votes (Like | Disagree)

na1577
Well given how successful their in-house advertising and maps teams have been, this should turn out great! :p
Score: 11 Votes (Like | Disagree)

Ugh...seems like a bit of a late scramble, not good. Did Samsung pull the rug out from under them and they weren't ready for it? Not the type of thing you can throw together at the last minute, I hope this isn't going to be the Maps debacle all over again.

This is not a Samsung play, this is a coordinated long game from everyone's favourite corporate raider Carl Ichan. He bought up a stake in Nuance, he has family members on the board of Nuance, and you can bet that he had something to do with initiating the talks between Samsung and Nuance, as yet another angle of attack to strip money out of Apple (if they were to purchase Nuance to stop Samsung doing so). It would be so great If Apple instead dump Nuance and take their voice recognition in-house, and Nuance value plummets as a result.
Score: 6 Votes (Like | Disagree)
Read All Comments

Sunday May 16, 2021 2:39 pm PDT by Eric Slivka
The Browse tab in the Music app across Apple's platforms has started displaying a prominent teaser hinting at an upcoming major announcement for Apple Music. Under the heading "Coming soon," the headline says "Get ready – music is about to change forever." An accompanying "Tune-In Video" simply shows an animated Apple Music logo. Rumors have indicated that Apple is preparing to launch a...
Read Full Article • 98 comments