In addition to its main office in Cupertino, Apple maintains a number of satellite offices in different cities in the United States. One such office is located in Boston, and according to industry sources that spoke to Xconomy (via 9to5Mac) Apple’s Boston team specializes in speech technology and may be working on Siri improvements.

Based on their online job profiles, we can say that members of the Apple speech team here are working on Siri, the company's voice-activated virtual assistant. Details beyond that are hard to come by, however, even for others in the field.

"They won't tell us what they're doing," says Jim Glass, who heads MIT's Spoken Language Systems Group. “We can only guess.”

Apple's Boston team is said to be made up of employees that formerly worked at VoiceSignal Technologies, a speech software company that was purchased in 2007 by Apple partner Nuance. 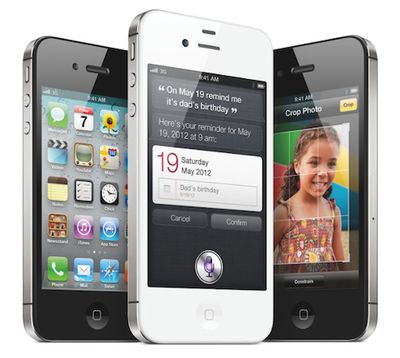 Multiple members of the team worked at Nuance before moving onto Apple, including Gunnar Evermann, Larry Gillick, and Don McAllaster. Gillick, a former vice president of research at Nuance, lists his job as "Chief Speech Scientist, Siri at Apple," while McAllaster calls himself a "Senior Research Scientist" at the company.

While it is unclear just what the Boston Siri team is working on, Xconomy speculates that Apple could potentially be working on a Siri solution that moves away from Nuance, the technology that currently powers the personal assistant.

It would not be out of the question for Apple to aim for improved Siri software using its own in-house technology. The company has made moves to be more autonomous over the past few years, most recently switching to in-house mapping with iOS 6 rather than continuing to rely on Google Maps. Both former Apple CEO Steve Jobs and current Apple CEO Tim Cook have emphasized the importance of owning technology. "In the business we're in, own the technology," said Cook in an interview. "Steve was laser focused on that and that's ingrained in us."

Though it is possible that Apple is working on its own in-house voice recognition solution, the team could also be seeking to improve the integration of Nuance's technology into Siri. Apple could also be working on new developer APIs to better integrate Siri with existing iOS apps.

Apple has been working hard to improve Siri since the software's debut in 2011. With iOS 6, Siri gained the ability to provide sports scores, make reservations, launch apps, and locate movie listings. In iOS 7, Siri will see further improvements, including speed enhancements, better pronunciation, and new voices.

Yes, it's important to own the technology.

So they purchased Siri, while Google created the better performing Google Now.


I think it's safe to assume that Google utilized one or multiple companies that they purchased to help them with Google Now
Score: 14 Votes (Like | Disagree)

siri is just a gimmick. apple used it to sell the 4s.

It's more than just a gimmick, there are legitimate uses.

I use it all the time to change songs in my car. Hell of a lot safer to just press the button and call out what song I want to hear than to be fiddling with a touch screen while driving.
Score: 10 Votes (Like | Disagree)

Please, Boston team, do not give her a Boston accent! :rolleyes:

And the Brahmins have an accent all their own.

Watch what you wish for....they could go totally postal and just out of spite give it a Bronx accent!:D
Score: 9 Votes (Like | Disagree)

So the news is that members of the Apple speech team aren't talking.
Score: 9 Votes (Like | Disagree)

siri is just a gimmick. apple used it to sell the 4s.


zoiks -- then what am i doing using it on my 5 on a regular basis!?
Score: 6 Votes (Like | Disagree)
Read All Comments