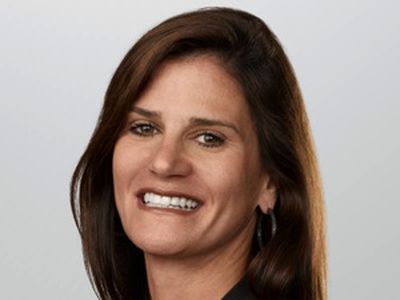 As announced earlier this month, Katie Cotton, head of Apple's public relations department and an 18-year veteran at Apple, has left the company, reports Re/code.

Cotton is known for having been fiercely protective of Apple executives, particularly Steve Jobs, serving as gatekeeper for all media access and shepherding executives through their formal and informal meetings with the press.

Given Apple's penchant for secrecy, Cotton has long been tasked with keeping a tight rein on the company's PR operations, managing Apple's image and contributing to the company's presentations.

But, despite what many of her detractors have written since the news of her departure came, I was never “scared” of her, any more than I fear any of the other hard-charging PR and communications execs I have encountered over the many years I have covered tech.

Was she aggressive? Sure. (So is Facebook’s Elliot Schrage.)

Did she sometimes ice our reporters out, ignore calls or reply with newsless answers? Sometimes. (Please meet Yahoo PR for much of my time covering it over the last 20 years, especially under the current administration, which does not return any of my calls.)

Did she try her hardest to showcase Apple and its products in a way that benefited it? Yep. (Paging Andreessen Horowitz’s Margit Wennmachers!)

Was she vocal when she did not like something we did? And how. (So are Microsoft’s Frank Shaw and Google’s Rachel Whetstone, both of whom can throw a decent uppercut at me when they are not happy with something we have written.)

So what? That kind of hard driving is part and parcel to the business, even if she was harder driving and, because of that, more successful than most. As she once told me when we talked about her outsize reputation in the tech press: “I am not here to make friends with reporters, I am here to put a light on and sell Apple products.”

Swisher goes on to note that many negative comments made about Cotton might not have been made about a man in such a powerful position, saying that reporters who "did not get any PR love" from the company should "grow up."

richwoodrocket
This is a terrible picture.
Score: 9 Votes (Like | Disagree)

It's also idiot public relations. Secrecy does not built trust, and a hard charging in your face attitude does not make friends. Both are a sign of weakness, not strength.


Adam Osborne thought the same way as you. His computer company when Belly Up because of it. A tech company cannot pre-announce product until it's near ready to ship. No, secrecy does not build trust with partners, but customers are not that. What builds trust with partners is putting out fairly reliable products & standing behind them.
Score: 9 Votes (Like | Disagree)

appleguy123
Kara's "Touching Farewell Piece" sounds like pointless name dropping to me. "Look at all these people I know!"

I never did like her, especially when she was interviewing Jobs for All Things D.
Score: 8 Votes (Like | Disagree)

This is a terrible picture.


Bet your no oil painting yourself mate...
Score: 5 Votes (Like | Disagree)

It's also idiot public relations. Secrecy does not built trust, and a hard charging in your face attitude does not make friends. Both are a sign of weakness, not strength.


Yes, and as we all know, Apple has been so weak and unsuccessful over the years. I think we can all agree that their PR strategy failed dramatically.

****** values. Ultimately nothing is more important than making friends.

My god, you're right...imagine how successful Apple might have been over the past 20 years if only you had been managing their PR.
Score: 4 Votes (Like | Disagree)

Where is Apple's blog, where it responds politely and professionally to inaccurate media reports using such an avalanche of well documented facts, ideally confirmed by independent third parties, that the sloppy journalist is revealed to be a bozo with little credibility?

Apple can be aggressive in the sense of creating a well funded team to identify each inaccurate media report and respond to it thoroughly. This can be done in a professional manner without Apple developing a reputation for being aggressive in the negative sense.

As example, MacRumors is a leading Apple forum. Posters such as myself often take Apple to task on various subjects, just as I'm doing here.

A single modestly paid English major type employee at Apple could be assigned to monitor this forum and respond to some of the challenges, presenting Apple's point of view.

If the challenger gets wound up and somewhat hysterical as often happens, and the poster from Apple remains calm and professional, Apple is probably going to win that thread.

As others observe the challenger being defeated by well presented facts, they will become more careful about their own challenges, and the dialog environment is enhanced.

I should add that I often make many of the same mistakes Apple makes. Sometimes I have a valid point, but I get too hard charging and ruthless about it, which alienates readers and makes it harder or impossible for me to build a coalition in favor of my position.

Steve Jobs used to needlessly alienate people. I do it too. So does Apple. The medical term for this is Persistent Nerd Syndrome.


Dude please get a life! Seriously you are getting way too deep into this Apple stuff.
In the end it's just a profit making company and life has more important things to offer to you..
Score: 3 Votes (Like | Disagree)
Read All Comments