Wednesday May 28, 2014 10:30 pm PDT by Husain Sumra
Eddy Cue, Apple's SVP of Internet Software and Services, and new Apple employee Jimmy Iovine sat down with Re/code's Walt Mossberg and Kara Swisher tonight at the inaugural Code Conference and were asked about the much-rumored Apple TV.

Echoing past Apple sentiments, Cue said today's TV experience "sucks" and has "a long way to go." He confirmed that Apple is continuing to work on a way to improve television, but a fix is "complicated." 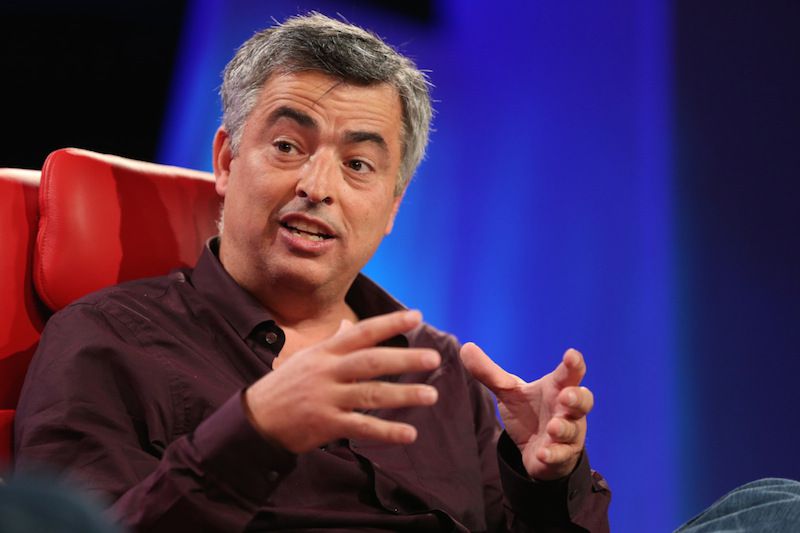 The problems aren't complicated. Solving them is complicated, because there are lots of parties involved.

According to Cue, many of the problems with TV are related to a lack of global standards and complicated rights issues with content; issues that are far easier to deal with in the music industry. Cue does confirm, however, that Apple is talking with various industry players to work on fixing TV.

Specifically, Cue noted that Comcast CEO Brian Roberts "is the best" and that Cue himself is a Comcast subscriber that is able to watch ESPN and HBO on his Apple TV, which he says Apple will keep evolving and improving. He noted that Apple is looking to add even more content. In March, it was reported that Apple was in talks with Comcast about a potential streaming TV service on a future Apple TV.

Despite Steve Jobs biographer Walter Isaacson speculating that Iovine could be key in any potential TV deals, Iovine told Swisher and Mossberg that he was "not going anywhere near TV". He did, however, acknowledge the challenges of movie curation, pointing to difficulties in finding content to watch on the various video-on-demand platforms like iTunes and streaming services like Netflix.

DTphonehome
If Comcast is "the best", then that sums up why we're not going to see anything revolutionary anytime soon. They hold too much control and they aren't going to cede any of it to Apple or anyone else.
Rating: 7 Votes

If Cue really thinks the Comcast model is "the best", I have no hope of the mess ever getting "fixed". For the most part I don't think people are asking for the existing cable experience just made available on iOS devices.

Is this guy in the same universe as the rest of us? My experience with Comcast is horrible and gets worse every time I have to deal with them. Maybe Comcast has a special package for VIP's.
Rating: 6 Votes

apolloa
Sigh.. TV is not broken, I turn it on and watch, I can choose from several streaming services, free HD sattelite services, subscription sattelite services, terrestrial HD services through an aerial, I have tons of choice of how to watch and tons of different devices to watch it on.

I think its only Americans that think TV is broken, otherwise I have always found Apples view to be finding a solution to a problem that doesn't exist in the rest of the world. Oh and its trying to find a way to make its standard 30% cut of everything.
Rating: 4 Votes

MH01
When Eddy says today TV experience sucks, he means he is throwing his toys out the pram cause the networks refuse it do it the apple way.

Eddy mate, if you were serious about TV you would make more of an effort with Apple TV and work within the challenges that exist.

People with total control over the means of providing you with video, whether through overt conspiracy or as a result of market forces unrestrained by inept government, have joined with the people who have total control over the production of video "entertainment," in order to do anything and everything to keep you paying as much as possible for as little quality as they can get away with, in only those forms that they select, only at times of their choosing, and in a manner as close as possible to their archaic business model.

Rogifan
Iovine says he's not going anywhere near TV. So all these people putting lipstick on a pig saying Iovine was Apple's answer to content deals are full of it. Apple paid $3B to get someone to curate music for them. If I took a shot every time Eddy or Jimmy used the word curation I'd be drunk right now.
Rating: 4 Votes

Is this guy in the same universe as the rest of us? My experience with Comcast is horrible and gets worse every time I have to deal with them. Maybe Comcast has a special package for VIP's.


Yeah, that line made me shudder.
Rating: 3 Votes

I for one would pay the 30% Apple tax if it meant I could sit down at my TV, choose the show I want to watch, and watch it right then, legally--without ads, crappy cross-sells in the menu system, having to pay a box rental fee per TV, etc.

TV in the US is so terrible it's like the cable companies are actively trying to lose customers.


You realize the content creators have to make money or they won't make any more content, right?

I definitely think there are problems with the way things go with cable companies (like bundling mainly) but I doubt ads are just going to suddenly disappear any time soon.
Rating: 2 Votes