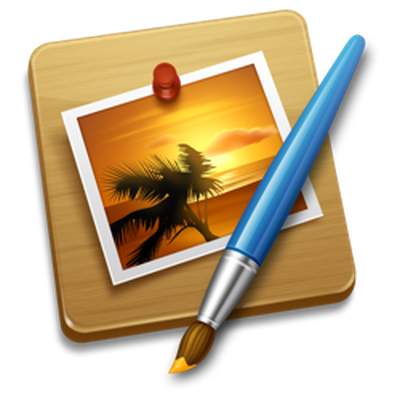 The new repair tool includes quick, standard and advanced modes that use retouching algorithms to remove imperfections or unwanted objects from images more efficiently. The Lock Layers feature lets users prevent any alterations to finished layers so they can't be changed accidentally, and the 16-bits per channel support, introduced in Pixelmator 3.1, now works on all Macs, not just the Mac Pro.

"Packed with incredible features, Pixelmator 3.2 Sandstone delivers the most empowering image editing experience Pixelmator fans have ever had," said Saulius Dailide of the Pixelmator Team. "Redeveloped from the ground up Repair Tool, 16-bits per channel support and Lock Layers feature make Pixelmator an excellent image editor that is just as fun and easy-to-use as it is powerful."


Pixelmator 3.2 is a free upgrade for existing users, while new users can download the app from the Mac App Store for $29.99. [Direct Link]
91 comments

Erphern
Great app. I no longer feel the need to edit my hosts file.
Score: 10 Votes (Like | Disagree)

Somehow I think this was meant for the Safari update post...

Because I can't figure out what a hosts file has to do with Pixelmator.

SeattleMoose
I have been using Mac applications for almost 30 years. I have never seen a value like Pixelmater:

Pixelmator is simply a no-brainer must have App... :D
Score: 8 Votes (Like | Disagree)

960design
I've used PS for about 15 years and was very hesitant to move over to Pixelmator. I just deleted the last version of ( PS CS6e ) that will ever bloat my computer. I had converted to Pixelmator about 2 months ago and was holding onto PS to see if there was something I couldn't live without. Nope! Pixelmator does everything I need, easier, faster and without 2 updates per day. The workflow is just a little bit different and took about a week for me to get into a routine, but now I believe I can create/edit/mod even faster than with PS.

I'm finally found out what PS has that Pixelmator doesn't: about two more zeros in the price per seat.
Score: 6 Votes (Like | Disagree)

Saturday April 17, 2021 4:43 am PDT by Sami Fathi
Reliable leaker known as l0vetodream has hinted that Apple may debut its rumored redesigned and colorful iMac at its "Spring Loaded" event on Tuesday, April 20. In a tweet, the leaker posted an image of Apple's logo used for marketing the upcoming event and an image of the retro rainbow Apple logo alongside the colorful lineup of G3 iMacs. Apple leaker Jon Prosser previously reported that...
Read Full Article • 225 comments

Saturday April 17, 2021 11:38 pm PDT by Tim Hardwick
Leaker known as "DuanRui" has shared more images that could give us our best look yet at Apple's redesigned notch for the iPhone 13. The new pictures follow similar images shared by the leaker last week, but the latest shots include a comparison with the existing iPhone 12 notch. DuanRui posted three images on Twitter that apparently originate from Weibo, although source details remain...
Read Full Article • 122 comments