Apple is facing a complaint from the Norwegian Consumer Council over the terms and conditions for its iCloud service, reports ZDNet. The consumer watchdog group claims the agreement violates the Norwegian Market Act, which governs marketing practices in the country.

The complaint arose from a study of seven cloud storage providers offering service in Norway and was part of a broader investigation into how digital services are being offered to Norwegian consumers. The Norwegian Consumer Council cited Apple for its 8,600 word iCloud terms of service, which it claims is "convoluted and unclear."

Particularly troubling to the Consumer Council were terms that allow Apple to modify the agreement at its discretion without notifying customers of the changes.

"Cloud storage services rely on users' trust and confidence. However, the current terms undermine this. It is important that consumer rights and privacy also apply to online services. We are convinced that all parties are better served with more user-friendly terms. Apple offers to store valuable information on behalf of its users, but gives itself the right to amend the agreement at its sole discretion. As consumers, we are left with no real rights or security. Receiving notice when terms change should be a bare minimum requirement. The fact that this can be done without informing the users is unacceptable," Finn Myrstad, head of digital services unit at the Consumer Council, said in a statement.

This is one of several overseas complaints Apple has faced recently, including a Belgian claim that Apple misled consumers about warranty information and an accusation of tax fraud by Italian authorities.

Despite these occasional hurdles, Apple continues to operate a strong global business with international sales accounting for 66 percent of revenue in Q2 2014. Apple also opened its first stores in Brazil and Turkey this year, and now has a retail presence in 15 countries worldwide.

dannyyankou
No one reads the TOS anyway.
Score: 8 Votes (Like | Disagree)

dysamoria
And once again, most tech people shrug off a perfectly valid complaint against their tech gods.

Why is it that North American governments and consumer advocates never have a damn thing to say about the miserable anti-consumer defaults of the computer industry? Everyone here is so totally indoctrinated into the BS special pleading excuses and complacency.
Score: 7 Votes (Like | Disagree)

A good reason why I never want to be running a multi-national consumer business. You need to run a marketing and legal department for each country, no matter how small.


If you want to do business in a country you have to comply with that country's laws. If you consider the costs excessive nobody is forcing you to keep doing business there.
Score: 6 Votes (Like | Disagree) 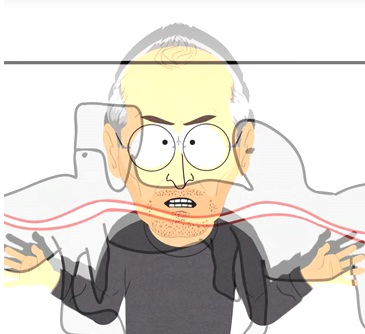 Why wont it read?!

Monday September 26, 2022 6:23 am PDT by Sami Fathi
iPhone 14 Pro customers on the Verizon network in the U.S. are reporting issues with slow and unreliable 5G cellular connections and calls randomly dropping. Several threads on Reddit (1,2,3) and the MacRumors forums chronicle issues faced by Verizon customers and Apple's latest iPhone. According to user reports, signal strength on the iPhone 14 Pro is unreliable and weak, while other...
Read Full Article • 165 comments