According to a new report from Taiwan's Industrial and Commercial Times (Google Translate, via Mac Otakara), Apple supplier Pegatron has received 15% of the orders for Apple's upcoming 4.7-inch iPhone 6 ahead of the device's launch this September. The report also notes that Pegatron will produce a total of 50 million iPhones this year, which includes iPhone 6, iPhone 5c, and iPhone 4S units.

The report contrasts a story from Taiwan's Liberty Times in January, which stated that half of all iPhone 6 orders were expected to go to Pegatron. A report last month also noted that Foxconn was preparing for iPhone 6 production in the second quarter of this year at its new Kunshan, China plant, as the company has recruited new workers in China to meet the desired number of orders. In addition to Pegatron, fellow Apple supplier Foxconn is also likely to aide with production.

Apple is expected to launch the iPhone 6 in two different screen sizes of 4.7-inches and 5.5-inches. The 4.7-inch iPhone 6 will likely ship ahead of the 5.5-inch version, as Apple attempts to solve issues with the latter's display and battery. Aside from a larger screen, Apple's next-generation iPhone is expected to include a thinner profile, a faster A8 processor, and an improved camera.

Side question: are we still doubled down or is that over with now? 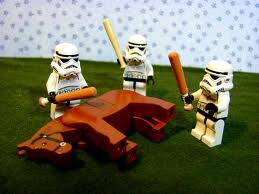 iChrist
.
I must prepare for the "Did I get a Pegatron or Foxcon iPhone? Which one is better? Should I return it??!"

bcburrows
Bigger is NOT better

Am I the only person who does not want a bigger phone? I spent a long time using the first generation of 3G phones - big clunky things. The current size of my 5S is perfect, especially the fact it easily fits in my pocket with a case.

Why are apple, seemingly, following samsung on the size thing?
Score: 4 Votes (Like | Disagree)

If they only introduce the next iPhone in the 4.7" form factor, won't tons of people be pissed if/when a 5.5" version comes out all of a sudden?

I know many will prefer the 4.7", others won't care, but I'm willing to bet that there will be more than enough people like me who will be royally pissed and it will become an issue for Apple if they really release a 2nd iPhone with an even bigger screen and likely better specs only a few months after, without telling us. If they don't tell us, that is.

I think they're mostly different customers to be honest. Most people who want an everyday phone to put in their pocket would be happy with 4.7", I know that's about right for me to live with. Those after a 5.5" phablet aren't as likely to be putting it in their pocket, they're more likely to be waving it around in the air, taking annoying pictures at concerts and shouting "LOOK AT ME EVERYONE, I NEED A MASSIVE SCREEN ON MY PHONE TO SHOW HOW SPECIAL I AM!". :D
Score: 4 Votes (Like | Disagree)

Mac Fly (film)
What's the shipping cost on an iPhone 6 from Cybertron?
Score: 4 Votes (Like | Disagree)
Read All Comments