Microsoft's Office for iPad apps, including Word, Excel, and PowerPoint received their first major update today, gaining the printing capabilities that were notably absent when the apps launched back in March. The lack of an ability to print documents directly from the apps was a major complaint in initial reviews of the mobile productivity suite. 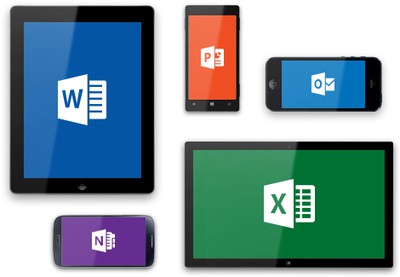 According to an official blog post, all three apps will gain the ability to print over-the-air to an AirPrint-compatible printer.

Your top request is here! You can now print Word documents, Excel spreadsheets, and PowerPoint presentations to an AirPrintTM printer. In Word for iPad, you can choose to print a document with or without markup. In Excel, print a selected range, a single worksheet or an entire spreadsheet. Of course, you can select the pages or slides you want to print.

Along with printing capabilities, the apps have gained a few other highly-requested features, including SmartGuides for PowerPoint and AutoFit for Excel. While SmartGuides help PowerPoint users align pictures, shapes, and textboxes on a slide page, AutoFit will let Excel users adjust the width and height of multiple rows and columns at once.

Each update also includes a number of bug fixes, along with a note from Microsoft outlining its commitment to continually improving its Office for iPad apps. "We're already working on the next update," reads the post.

All of the updates are currently available and can be downloaded from the App Store for free, but editing and creating documents requires an Office 365 subscription. Microsoft OneNote has also been updated with bug fixes.

Shipping Office without print support was an odd decision


so was shipping the iphone without 3g, cut and paste, mms or video recording capabilities
Score: 20 Votes (Like | Disagree)

longofest
We bought an Office365 subscription once Office for iPad came out so that my wife could use her iPad more for work, and from what she's told me, it has been pretty good. She tried to use the iWork apps and really struggled with them, finding them unintuitive and difficult to use in a tablet environment besides some pretty bad compatibility issues sometimes. So far none of those complaints from Office365, though she hadn't tried to print yet, so this update is certainly welcome.

For a subscription fee, Microsoft better not sit still.
Score: 17 Votes (Like | Disagree)

Shipping Office without print support was an odd decision

puma1552
Printing is great, a subscription is not.

Codestud
To those people who complain about subscriptions - many Apple fans were content to pay MobileMe subscriptions for many years.

"But MobileMe was a service" you say. Well, Microsoft is moving its business model to Devices and Services, of which it sees Office as a Service.

I don't mind the subscription at all.
Score: 10 Votes (Like | Disagree)

My Mac and iPad are MS Free Zones.
Score: 10 Votes (Like | Disagree)
Read All Comments

Sunday May 16, 2021 2:39 pm PDT by Eric Slivka
The Browse tab in the Music app across Apple's platforms has started displaying a prominent teaser hinting at an upcoming major announcement for Apple Music. Under the heading "Coming soon," the headline says "Get ready – music is about to change forever." An accompanying "Tune-In Video" simply shows an animated Apple Music logo. Rumors have indicated that Apple is preparing to launch a...
Read Full Article • 98 comments